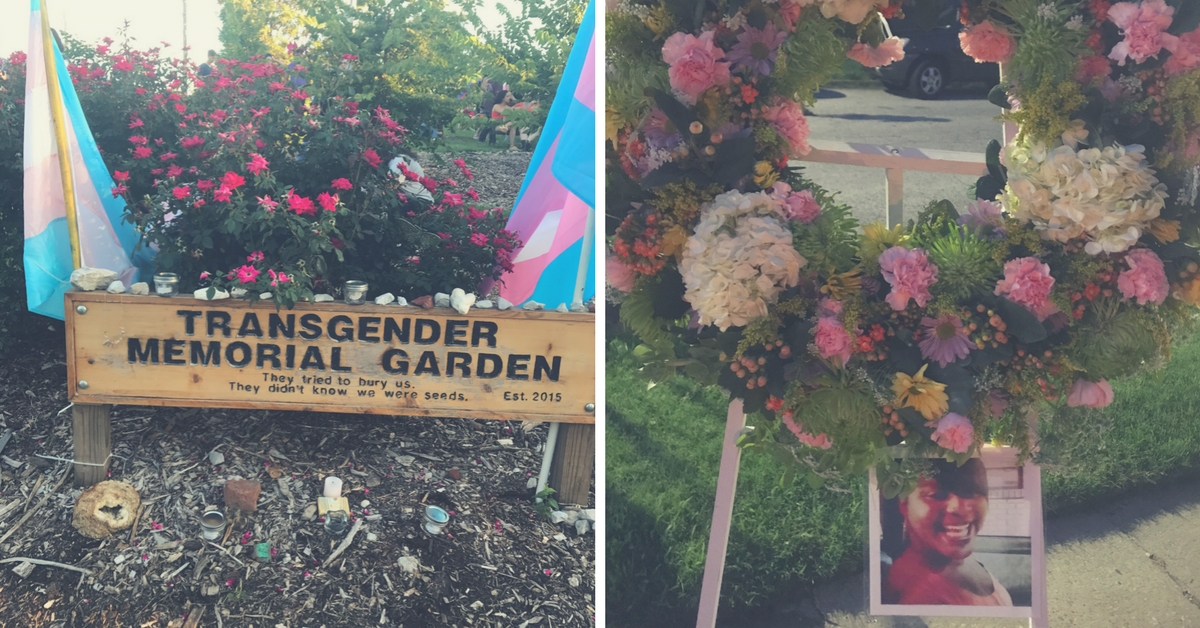 Early Tuesday morning, Kiwi Herring was killed by Saint Louis Metro Police Officers. Kiwi was a transgender woman of color and is survived by her partner and their three children. Kiwi was a member of our LGBT community. We mourn her loss, and we will continue to remember her and say her name.

Two nights in a row, members of the community gathered together to honor the life of Kiwi and to learn how to support Kiwi’s partner, their family, and each other. Wednesday night, some of those gathered held a demonstration in The Grove (LGBT strip in St. Louis), where a car drove directly through a group of these demonstrators. Thankfully, there were no serious injuries at the demonstration, but that does not make this okay.

Kiwi’s family and friends have reported that she and her partner were regularly harassed by a neighbor, simply for who she was. They say Kiwi regularly talked about feeling like she didn’t belong, that she didn’t feel accepted. So many of us know that feeling.

We have seen a significant increase in the calls and messages at PROMO in the last year from people who are being harassed and targeted and victims of violence because they are LGBT, especially from people in their own neighborhoods. This is not new to our community, but it has found a new, emboldened energy.|

Just in the last two weeks, we are surrounded by actions reminding us nationally and in our own state that some people still do not accept LGBT people.

I know this is heavy. But it is incumbent on every single one of us to ensure the people around us are safe, loved, and welcomed. Whether we are LGBT individuals or allies, we must all be allies to each other. Check in with your neighbors, co-workers, friends, and family today. Call out homophobia, transphobia, racism, ableism, anti-semitism, and ageism when you see and hear it.

Ask for help. If the people or organization you reach out to doesn’t or can’t help you or your loved ones, ask someone else. This state is filled with resources to help people who are facing bullying and harassment or who need support in other ways, and there are people who can help you find and navigate those resources. PROMO is one of those places. If you face harassment or discrimination, call our main office at 314-862-4900 or email us at promo@promoonline.org. Remember that the good people in this state, in this country, and in this world far outweigh the bad, even in the moments that it is so difficult to see that.

We love each and every one of you.