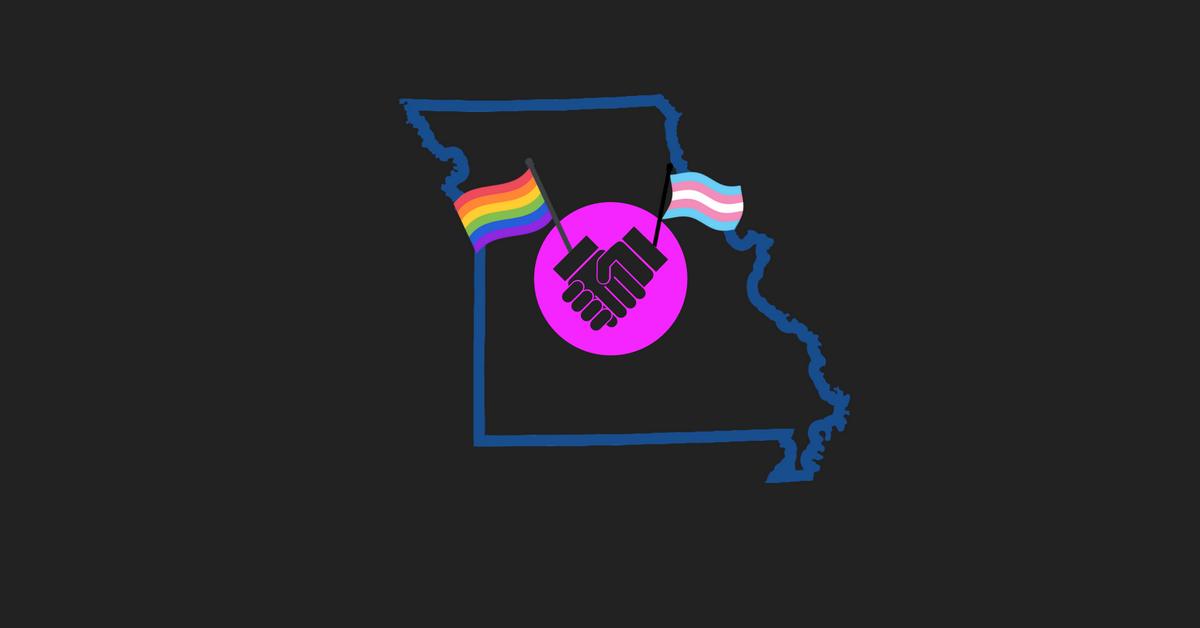 What does the Q in LGBTQ stand for?

“Queer” or “Questioning.” Generally, PROMO will use the Q to refer to “Queer.” Starting this Pride month, PROMO will begin to use the acronym LGBTQ (lesbian, gay, bisexual, transgender, and queer) when referring to our events, in our mission, and when we are collectively referring to our community.

Why is PROMO adding the Q to LGBTQ?

To some this decision may seem like we are late to the party, and to others it may be a challenge. The language that our community uses is continually evolving, and that’s a good thing. As PROMO’s work grows to include the breadth and diversity of our community, so should our language. LGBTQ is a more accurate and inclusive description of our population. In our work towards equality, we recognize how critical it is to have a seat at the table and to be heard. Adding the Q is another way to ensure that our entire community is represented.

All people deserve representation and inclusion, and it’s important not to prioritize some voices over others. That’s why visibility can make such a big impact. Many people and organizations, including PROMO, feel that “queer” and “the queer community” covers a wide base, including many other identities that are less frequently discussed than those covered by the LGBT acronym: asexuality, identifying as non-binary or gender nonconforming, being intersex, being an ally, and more. Recent data from the Williams Institute in UCLA shows that upwards of 27% of all young people identify as non-binary or gender nonconforming. Of the 28,000 people who filled out the US Trans Survey, more than 1/3 of the respondents identify as non-binary. The addition of the Q may help people feel more welcomed into the community and, hopefully, more comfortable in their own identity.

How new is the use of the word Queer?

Over the last thirty years, the term “queer” has grown in acceptance in academia, politics, and even popular culture as a term of identity, inclusion, and more positive use. You may be familiar with the chant, “We’re Here, We’re Queer, Get Used To It!” Or maybe you remember television shows like “Queer As Folk” (aired 2000) and “Queer Eye for the Straight Guy” (aired 2003). Either way, the word has been in our lives in a positive, important way for decades.

The word “Queer” has seen a special increase in utilization for younger generations. As the GLAAD media guide notes, “Many millennials and even younger people identify as queer because they find the terms lesbian, gay, or bisexual too limiting or loaded with cultural baggage they don’t wish to carry.”

Some organizations use more letters than LGBTQ. What about those?

There are lots of variations of the LGBT community acronym. Just in Missouri, we have seen different organizations and regions use LGBT, GLBT, LGBTQ, LGBT+, LGBTQ+, LGBTQIA, and even LGBTQQIP2SAA. These are all accurate descriptors of our community, and each organization knows their communities best. At PROMO, we believe LGBTQ is an accurate description of our population that can, at least as we understand language in our movement at this time, be inclusive of our entire community.

Will PROMO use the Q all the time?

PROMO uses different language in different environments already. Language and our understanding of it is constantly evolving. And just as we train the organizations we work with to model the language of their clients, customers, and friends, so does PROMO. When we are in spaces where the attendees are more comfortable using LGBT, we will say that with them. When we are in spaces where attendees are more comfortable using LGBTQ+, we will say that with them. And so on. In our SAGE Programming, we will remain consistent with SAGE USA and continue to use LGBT. But updating our default language for PROMO overall allows us to use LGBTQ in our regular communications with all of you. You’ll start seeing the changes on event pages, in social media posts, postcards, pledges, and more.

If PROMO uses the Q, do I have to use it?

Nope! If you haven’t started using the Q, you don’t have to start just for us. Though we do hope that through more exposure of the LGBTQ acronym, you’ll become more familiar with the terms and the people who are more explicitly included by using the Q.

Regardless of how you identify, you can definitely use the acronym “LGBTQ.” If you don’t identify as LGBT, using the word “queer” is a more complicated answer. Many people openly identify as “queer.” For some people, this means they identify specifically as queer, and for others, this is a reference to being part of the LGBTQ community; it simply depends on the individual person’s understanding of the term, and how they choose to identify with it. That said, since it’s still a controversial term with derogatory origins, many people in the community do not claim the identity as their own. It’s never okay to force any identity on someone who hasn’t claimed it, but in this case, it’s worth being even more careful.

Using or not using the word “queer” is an extremely personal choice; the important thing is to let people identify themselves, no matter what that identity might be. We all deserve the dignity to decide who we are for ourselves. So if someone identifies as queer, you should use that word to describe their identity, just as you would any other identity. Other instances to use the word “queer” is likely determined by your proximity to the LGBTQ community, as well as your intent. As a general rule, PROMO supports the use of the word queer by those who understand its meaning, history, and proper use. It is never okay to use it to intend harm or hurt. Be cautious, kind, and open to discussion when choosing to use the word “queer” if you don’t identify as LGBTQ.

What happened to just saying, “gay”?

All people deserve representation and inclusion, and it’s important not to prioritize some voices over others. That’s why visibility can make such a big impact. Many people and organizations, including PROMO, feel that “queer” and “the queer community” covers a wide base, including many other identities that are less frequently discussed than those covered by the LGBT acronym: asexuality, identifying as non-binary, being intersex, being an ally, and more. This may help people feel more welcomed into the community and, hopefully, more comfortable in their own identity.

In a brief history of the word “queer” in this Autostraddle article we remind ourselves the cost of an evolving language. “Every time we call ourselves something, we’re defining ourselves, but we’re also adding to the story of that word, written over and over again in different contexts and different colors of ink…Sensitivity, awareness, and respect for the people who suffered through its stings so that today we can shout it freely. What we do with our past will help determine our future. Knowing where ‘queer’ came from, we can better decide where we — as individuals, as a community, and as a movement — want it to eventually go.”

What took you so long to add the “Q”?

Not only is “queer” a somewhat divisive term with a painful history for many in our community, but the inherent meaning of the word “queer” also makes it tricky to wield when crafting policy because it has no solid definition — it’s an open-ended term by design of the people who adopt it.

There is no doubt that the word has a complex history that includes derogatory use by bullies and people who intend harm. For decades, “queer” was used as a pejorative against LGBTQ people. It was demeaning and often accompanied by violence.

‘Queer’ also has a long history as a term of re-empowerment by the LGBTQ community, as a unifying term that recognizes the many complex identities that make up the LGBTQ (and many other identities) community. In fact, over the last several decades, queer has emerged in academia, politics, and even popular culture as a term of identity, inclusion, and more positive use.

We recognize and honor that the word “queer” is still very hurtful for some members of the LGBTQ community, and that may always be the case. Reclaiming the word “queer” does not remove or invalidate the very real experiences of people who have been hurt by the word. Yet, we see every day how this word and identity continues to become less wounding and more empowering as people of all ages fiercely and proudly reclaim it. In fact, not to proudly use the word queer as an organization would be — and has been — disempowering for many.

What is the history of the word Queer?

“Queer” is a word with a complicated modern history – both used in a defiant chant originated by LGBTQ rights activists more than a quarter century ago to confront bigotry, and hijacked by hate-mongers doubling down on discrimination based on sexual orientation and gender identity.

In a 1970 article for American Speech, linguist Julia Penelope wrote that gays and lesbians she interviewed felt the term, “was only used by heterosexuals to express their disdain for homosexuals.”

Labels are tricky things. Most oppressed and minority communities have struggled with finding a descriptor that they feel embraces them and that they can embrace.

There is no doubt that the word has a complex history that includes derogatory use by bullies and people who intend harm. “Queer” also has a long history as a term of re-empowerment by the LGBTQ community, as a unifying term that recognizes the many complex identities that make up the LGBTQ (and many other identities) community.  In fact, over the last several decades, queer has emerged in academia, politics, and even popular culture as a term of identity, inclusion, and more positive use. This Teen Vogue article includes some great history of the origins and movement to reclaim the word “Queer.”

Language evolves, and the language within the LGBTQ movement is no exception. Even in the last 50 years, we have seen changes in how we label ourselves and our communities: homophile, homosexual, gay, gay and lesbian, GLBT, LGBT, and so on. Our language should be responsive as our community’s needs grow.