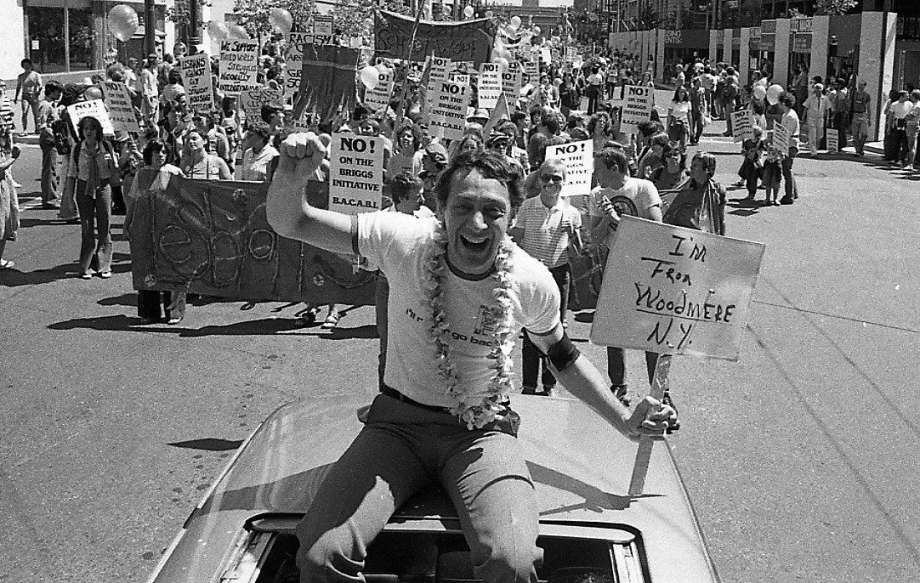 Countless individuals and events created the momentum of the nationwide LGBT rights movement. On May 22, we celebrate Harvey Milk Day in honor of one of many pioneers of equality in California and a symbol of hope for numerous advocates nationwide, Harvey Milk.

During his time in office, Milk accomplished several difficult feats. He contributed to the implementation of the Gay Rights Bill, which protected individuals from being fired on the basis of that person’s sexual orientation, passing with overwhelming support from the Board of Supervisors. Milk also defeated harmful ballot measures, including Proposition 6 in California, which would have made it legal to fire teachers or any public school employees because of their sexual orientation. Proposition 6 was voted down by a 75% majority vote. Milk not only spoke out in favor of the LGBT community, but also became a voice for the rights of racial and ethnic minorities, women, children and other marginalized groups.

After serving almost 11 months in office, Milk was assassinated by a fellow city supervisor, Dan White. Almost 40 years later, we continue to honor his work in the LGBT community. Milk’s accomplishments contributed to the increased momentum in the LGBT rights movement across the nation. Many of his achievements, however, are things we continue to work on not only nationwide but also in Missouri almost four decades later.

Though Milk worked on an ordinance to protect individuals on the basis of their sexual orientation in San Francisco, those protections are something we continue to work on in Missouri. Currently, under the Missouri Human Rights Statute, LGBT individuals are not protected from discrimination in employment, housing or public accommodations. The Missouri Nondiscrimination Act, however, would update the statute by adding sexual orientation and gender identity as protected categories. At this time, 14 cities across Missouri have passed nondiscrimination ordinances. Most recently, in October 2014, the Springfield City Council voted to update the city’s current nondiscrimination ordinance to add protections for the LGBT community. The opposition, however, received enough signatures to put a vote on the April ballot in an attempt to repeal these protections granted to Springfield’s LGBT community. In April 2015, the voters of Springfield voted to repeal these protections.

Even 40 years following the vote on Proposition 6 in California, numerous anti-LGBT bills continue to be introduced each year. In 2015 alone, some of the discriminatory bills we have seen include the Student Freedom of Association Act, which would allow religiously affiliated student groups to discriminate who joins without receiving punishment from the university. House bills 1338 and 1339, explicitly targeting the transgender community, would make it so all public restrooms would have to be gender-divided and that state revenue could not be used to create gender-neutral restrooms respectively. Though we were able to block each of these discriminatory bills, the work is not yet complete.

With your continued support, we have been able to jump over many hurdles that have attempted to prevent equality in Missouri, something that supporters before us, including Milk, have helped us to accomplish. Though we have seen victories since Milk’s courageous endeavors in California, now more than ever, we must continue with the momentum we have in multiple areas.

Thank you for your ongoing support of PROMO as we persevere and continue to keep hate out of the Show-Me State. Today, please consider making a donation to PROMO on Give Out Day, the annual giving holiday dedicated to supporting LGBT organizations.