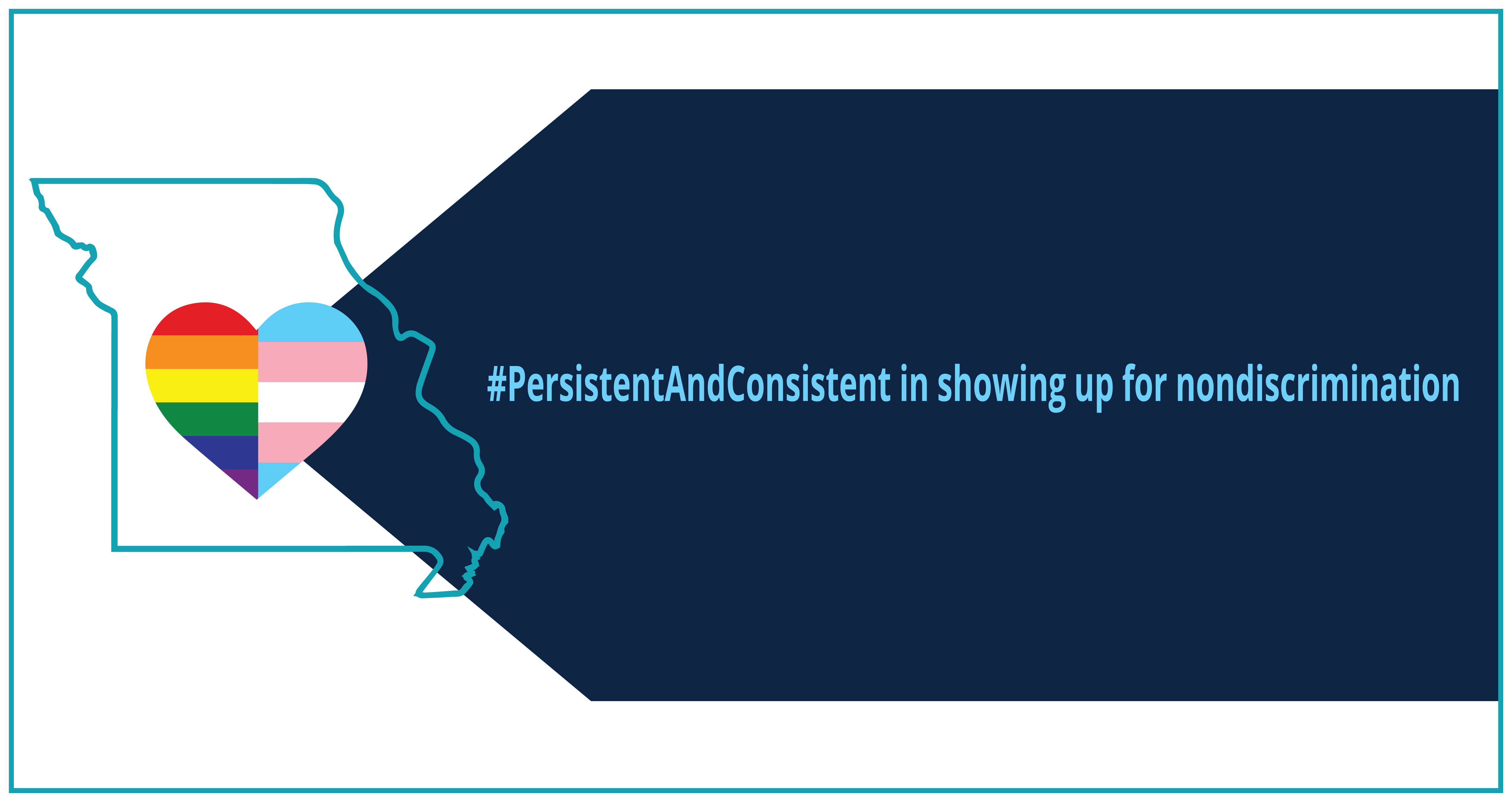 Over the past year, we have made new additions to our PROMO team. We’re excited to introduce you to our staff and highlight the people working everyday to make our state more welcoming, safer, and equal for all.

Steph serves as the Executive Director of PROMO and is based in PROMO’s St. Louis office. Steph first joined PROMO as a part-time Field Organizer in 2008 in Springfield, MO, where he graduated with his Bachelor’s in Sociology and Religious Studies. Originally from Kansas, Steph has been passionately engaged in the fight for LGBTQ equality at the local, state, and national level for more than a decade. He currently serves on the Board of Directors for Freedom For All Americans, a bipartisan campaign to secure full nondiscrimination protections for LGBTQ people nationwide, and the Public Policy Council for the St. Louis Regional Chamber of Commerce. You may contact Steph at Steph@PROMOonline.org.
Pronouns: he/him/his

Fun fact: The Backstreet Boys is still Steph’s favorite band. His pug, Fiona, has her own Instagram @PugtatoAdventures, you’d be remiss not to follow her. 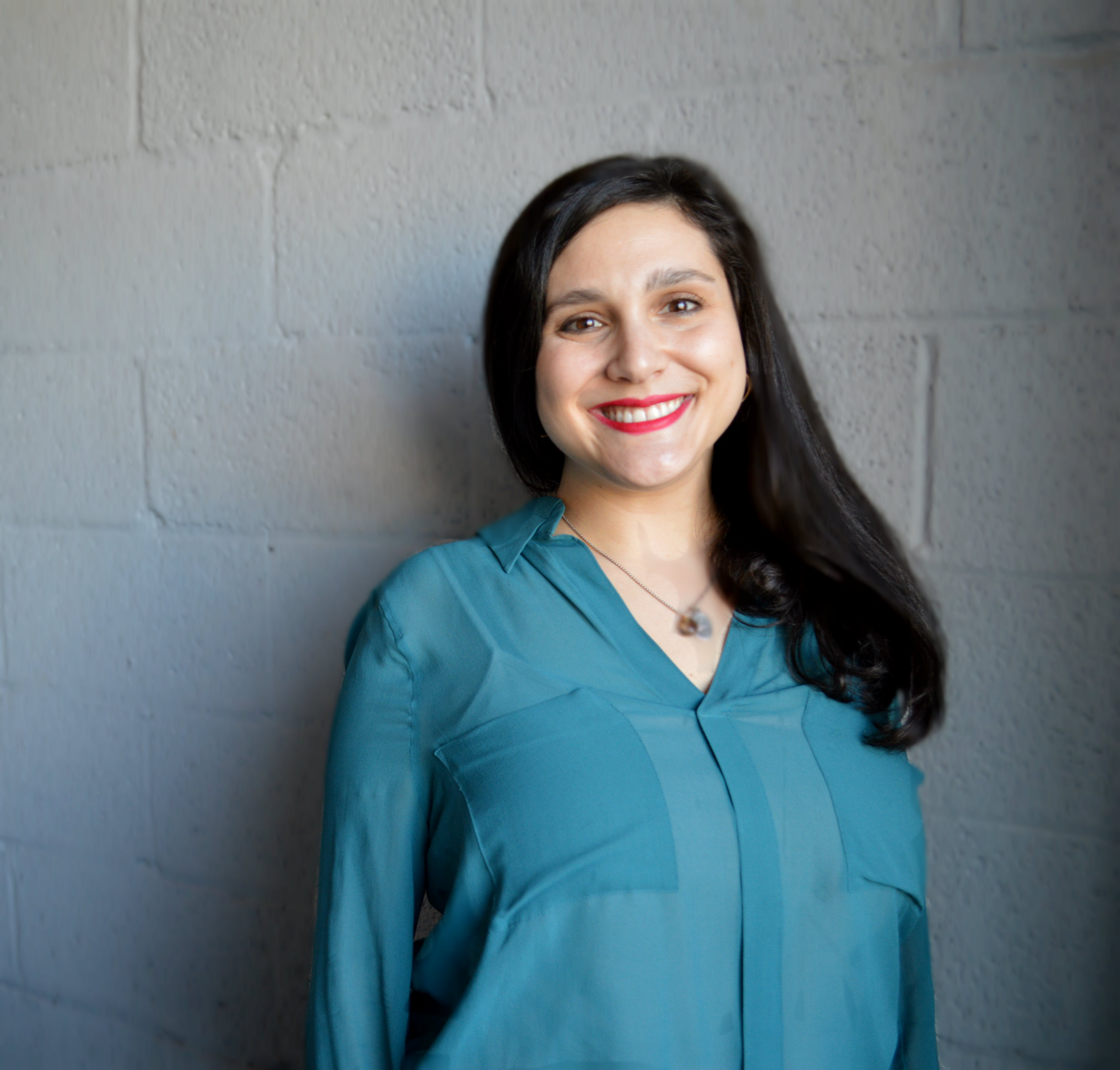 Alex joined PROMO in March 2016. She brings eight years of fundraising experience from working on political campaigns and a civil rights non-profit. Alex grew up as a minority in rural Mid-Missouri which influenced her life ambition to promote diversity and equality for all humans. She believes strongly in PROMO’s mission and is thrilled to be living back in St. Louis to help PROMO make a positive difference in Missouri. Alex graduated with her bachelor’s degree in Political Science from the University of Wisconsin – Madison and received her Master of Science in Nonprofit Management from Spertus Institute in Chicago. She loves animals and enjoys cooking, hiking, and traveling. You can contact Alex at Alex@PROMOonline.org.
Pronouns: she/her/hers

Fun Fact: Alex enjoys helping to restore native prairie habitat in the City of St. Louis through Pop Up Prairie. 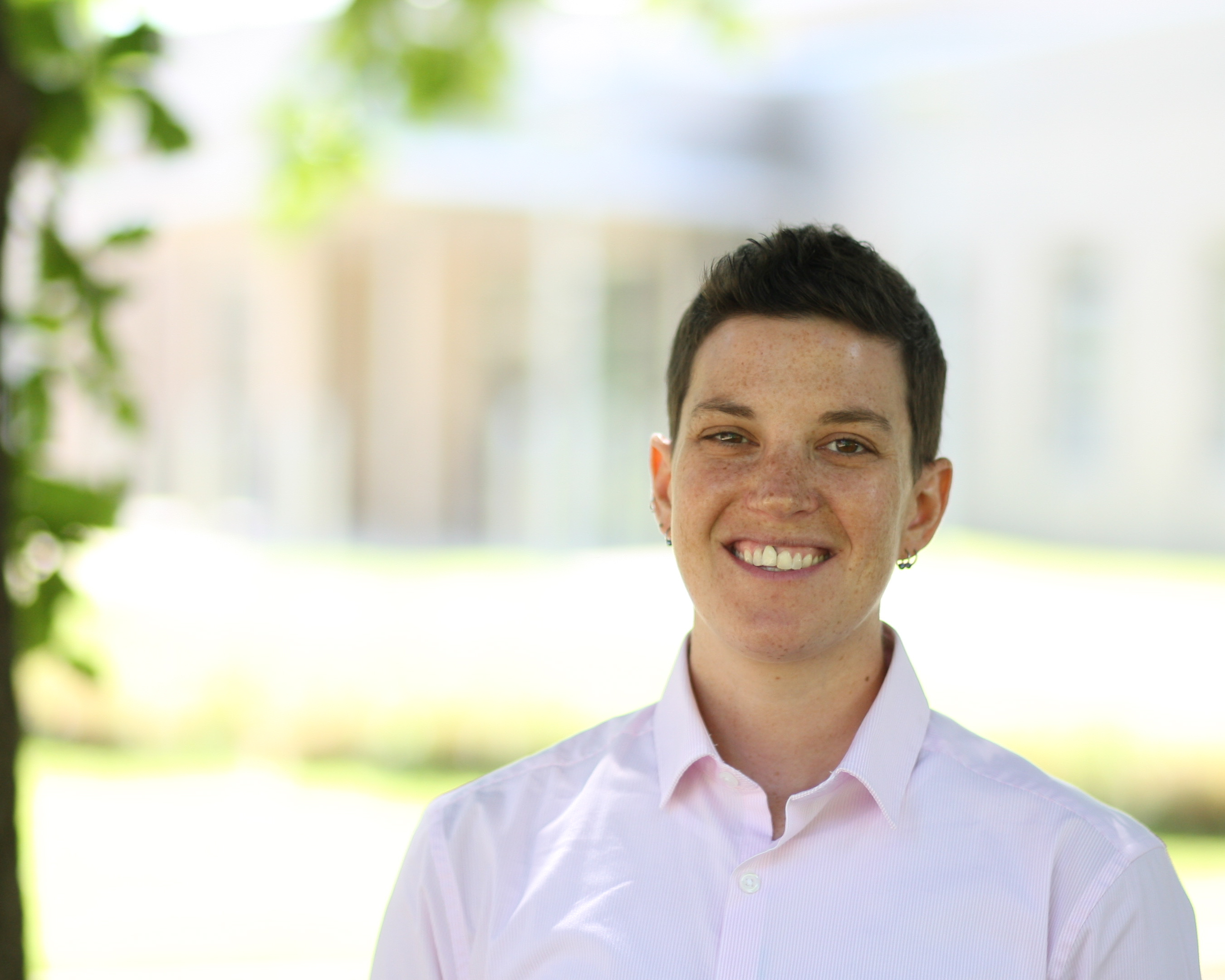 Shira Berkowitz joined the PROMO team in October 2018 as  Communications Manager. Shira brings a unique collection of experience working in digital communication, arts marketing, political advocacy and policy strategy, and human-centered design to the position. They hold a Master of Fine Arts from Washington University of St. Louis, and is an actively exhibiting artist. As both an artist and social entrepreneur, Shira is passionate about building spaces for people to gather and grow as community. They are a founding board member of MaTovu, a Jewish neighborhood center in St. Louis City, and currently serves on the Board of Directors for the Jewish Federation of St. Louis. Shira can be reached at shira@promoonline.org
Pronouns: they/them/theirs or she/her/hers

Fun Fact: Shira loves to race bikes and is gearing up for the Cyclocross season, their bike is formerly owned by professional female rider, Ellen Noble. 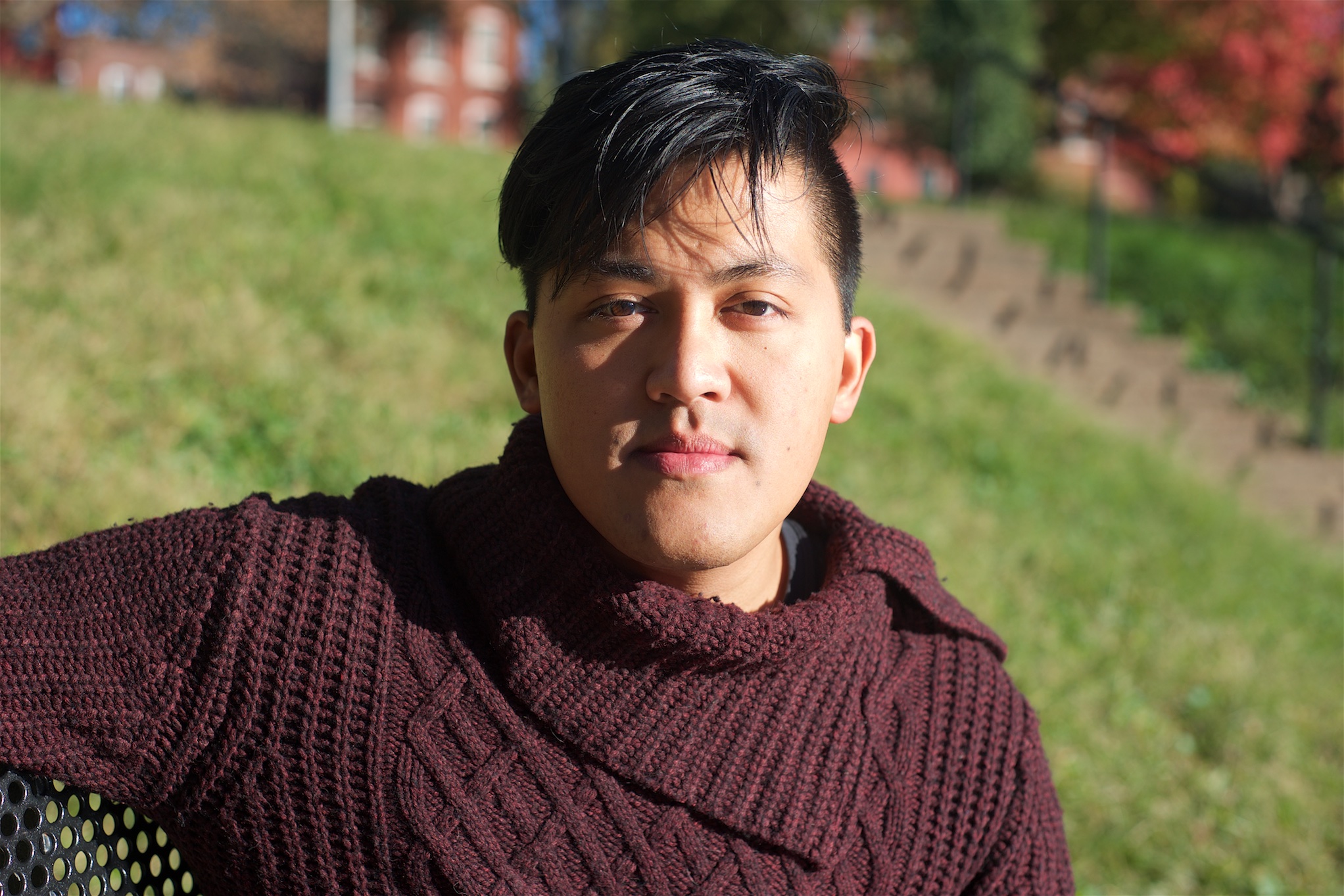 Samati joined PROMO as the Manager of Public Policy in 2019. Samati came to St. Louis almost ten years ago to get his Master’s in Social Work. During his graduate program, he completed a practicum at PROMO, working on Equality Day, PROMO’s legislative advocacy day, and planning PROMO’s presence at PrideFest. Since then, he has completed his master’s degree, obtained his clinical license in social work, and is proud to make St. Louis his home. He has proudly served as a Ryan White Case Manager for people living with HIV for the past five years, and he is excited to make a return to PROMO. You may contact Samati at Samati@PROMOonline.org.
Pronouns: he/him/his

Fun Fact: Samati considers himself an amateur “star baker” AND is proud of his signed birthday card and photo with Star Trek actress Nichelle Nichols. 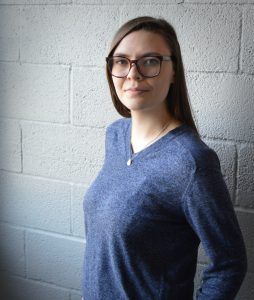 Karis is PROMO’s Field Director based in Springfield, Missouri. Karis graduated with a Bachelor of Arts in Sociology from Drury University with a focus on systematic and economic disparities of low-income individuals. Before joining team PROMO in 2017, Karis had extensive experience working with the lesbian, gay, bisexual, and transgender community through peer support, volunteer opportunities, and educational seminars. At PROMO, Karis is a trainer for the Training Program, connects with communities and volunteers all across Missouri to further equality, and oversees PROMO’s Transforming Missouri program. They are also a board member of the GLO Center in Springfield, Missouri’s longest running LGBTQ community center. You may contact Karis at Karis@PROMOonline.org.
Pronouns: they/them/their

Fun Fact: Karis was one of the children in Stephen King’s Children of the Corn made for Sci-Fi in 2010.

Dan Stewart joined PROMO in April 2017 as Special Programs Coordinator. Dan oversees SAGE of PROMO Fund, a program dedicated to serving older LGBT adults, as well as PROMO’s cultural competency training program. Dan earned a Bachelor’s of Arts in psychology from Saint Louis University and a Master’s of Science in Gerontology from the University of Missouri-St. Louis. Through his experience in the aging field as a professional and researcher, his passion for teaching, and dedication to advocating on behalf of the LGBTQ community, Dan shares his expertise across the state. In addition, he serves on a multitude of national and statewide diversity and inclusion initiatives for organizations such as the Alzheimer’s Association, Greater Missouri Chapter, the American Red Cross of Missouri and Arkansas, and the Gerontological Society of America. He currently sits on the national advisory council for the future Long-Term Care Equality Index in partnership with SAGE national and the Human Rights Campaign (HRC). Dan can be reached at Dan@PROMOonline.org.
Pronouns: he/his/him 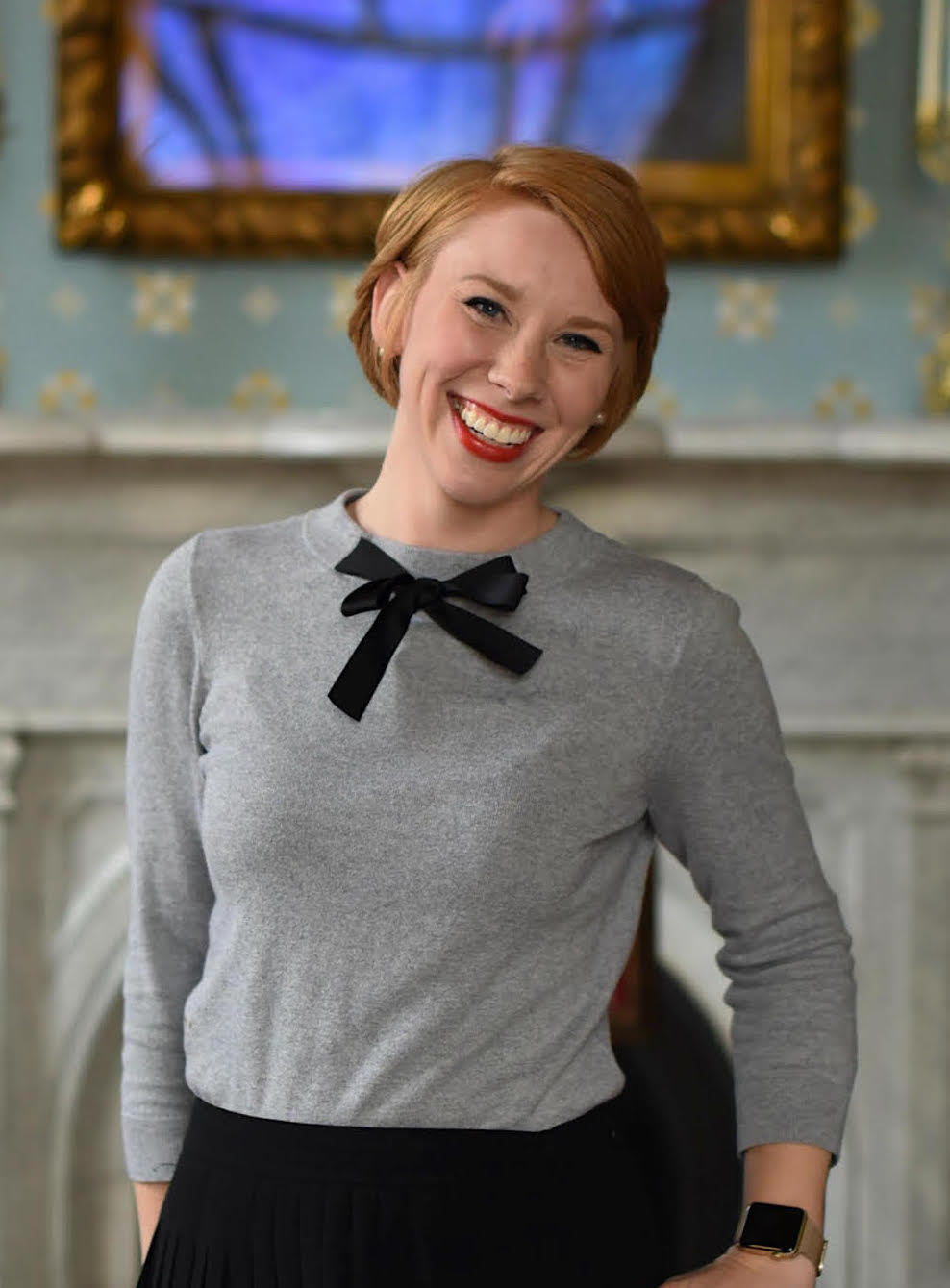 We’re excited to introduce our newest staff member, Kaitilin on her first day of work! Kaitlin most recently worked for the St. Louis Regional Chamber of Commerce as the Manager of Advocacy and Member Engagement. She is from Cape Girardeau, Missouri and holds a Bachelor of Science in Economics and a Bachelor of Arts in Philosophy from Southeast Missouri State University, and began her career in retail bank management and sales. She lives in St. Louis with her fiancé, four year old son, and a black cat named Luna. You may contact Kaitlin at kaitlin@PROMOonline.org.
Pronouns: she/her/hers

Fun Fact: Kaitlin has an infamous tattoo of the Hamburglar.