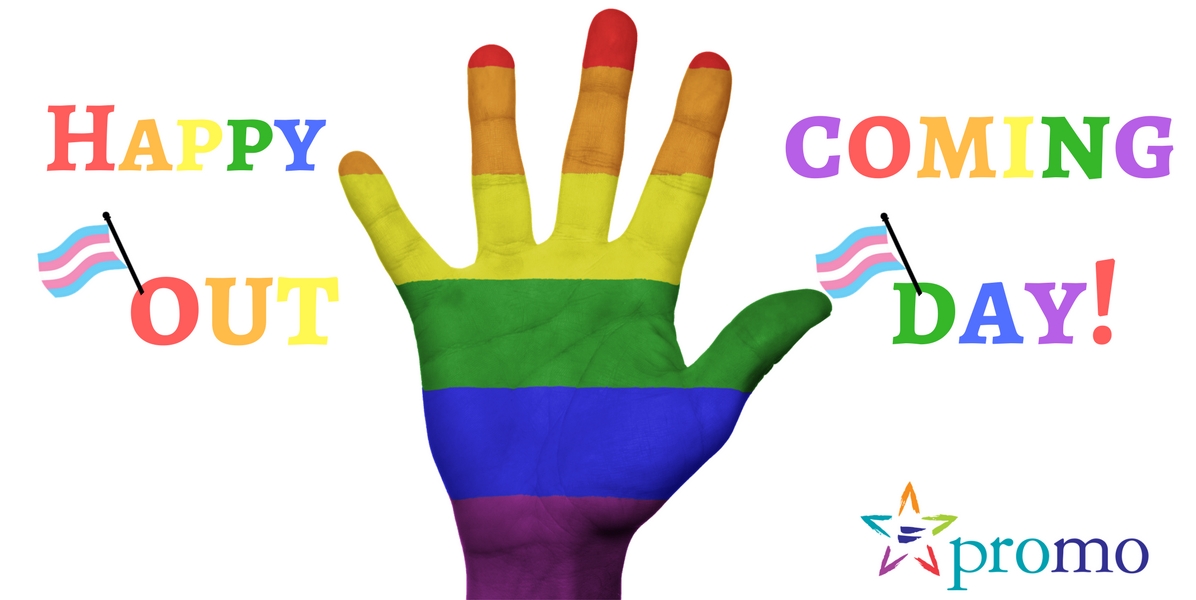 Born in response to a national anti-LGBT movement, National Coming Out Day was conceived in the spirit that the “personal is political” and that “silence breeds ignorance.” Rather than responding defensively to anti-LGBT sentiments of the time, National Coming Out Day founders and activists, Robert Eichberg and Jean O’Leary, envisioned a way to respond positively — giving power back to the people. It was decided that October 11th, the anniversary of the 1987 National March on Washington for Lesbian and Gay Rights, would be a day to come out, be visible, and celebrate.

Since the first National Coming Out Day our country has witnessed significant wins. Under previous administrations the LGBT community has won the right to serve openly in the military, the right to receive healthcare free from discrimination, and the right to legally marry the person you love. There is no doubt that these wins could not have occurred without the increased visibility and bravery of countless LGBT individuals and activists.

Yet despite all of these previous wins, the current reality for many LGBT Missourians is that “coming out” in the Show-Me State is not without its cost. As one of the 28 states without non-discrimination protections for LGBT citizens in employment, housing, and public accommodations — the cost of coming out as an LGBT Missourian may be one’s job or home. While LGBT advocates and allies work tirelessly in Jefferson City and across the state to promote nondiscrimination protections, they are often met with opposition. Just last session PROMO and our partners and allies stood up to discriminatory attitudes from elected officials such as Rep. Rick Brattin who claimed “there is a distinction between homosexuality and just being a human being.”

As an organizer, I have the privilege of meeting Missourians in all areas of the state, and for some, I am the only person they have come out to. This is both a joyous and heartbreaking experience. I know what you’re thinking, “coming out” but in isolation? It is a stark contrast to the idealized right of passage that is “coming out.” Those fortunate to live and work in one of the 16 municipalities or counties with non-discrimination ordinances have much more freedom to celebrate coming out. But for the thousands of LGBT Missourians without supportive families, coworkers, and neighbors, or to those living in areas without nondiscrimination protections, the process of coming out may look and feel different. Additionally, for those who are already out — you know it is not a one time experience. It, too, is a process. LGBT individuals come out everyday. We come out to new people, to new situations, and sometimes we come out in new ways to ourselves.

Since the conception of National Coming Out Day, the movement for LGBT equality has grown to include a network of supportive allies. Eichberg and O’Leary’s intention to promote a safe world for LGBT individuals to live truthfully and openly would not be possible without our allies. In Missouri we need our allies now more than ever. We need our allies at the capitol, in the workplace, and next door. Our allies have a powerful role to play in changing attitudes. If you are an out LGBT person, I encourage you to share this article with an ally. Allies, please share this with others. Encourage them to show the LGBT community love on our “Proud Ally Map.”

To my dear LGBT family, on this National Coming Out Day I encourage you to love yourself. Regardless of where you are on your journey of coming out, love yourself exactly the way you are. Some of you may be afraid to be out in your communities, at your job, or with your family. Know that you are not alone. Know that there are many others across the state having the same experience. Most importantly, know that your experience matters! Join me in celebrating National Coming Out Day by contributing to our LGBT Self-Love map. Together we can spread a message of self-love and work to stop discrimination in the Show-Me State.