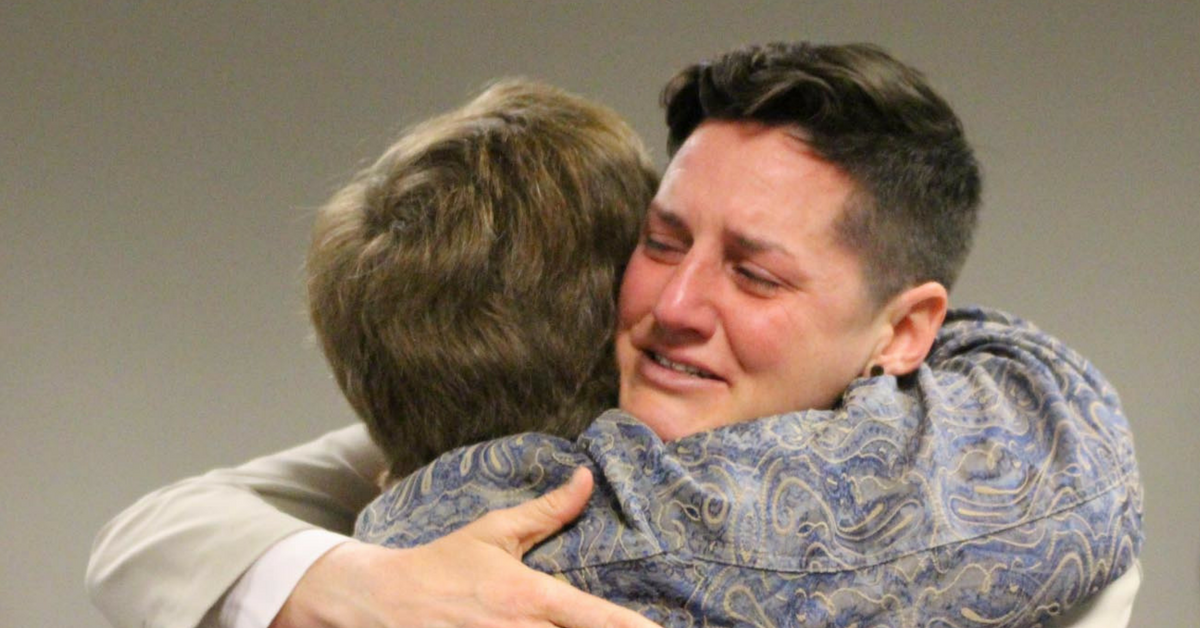 Every year we celebrate pride by recognizing one individual that has given us great pride and a reason to celebrate. This particular person literally stayed awake for 39 + hours fighting for the rights of LGBTQ Missourians at the Missouri State Capitol (during the SJR 39 filibuster). They spent countless hours telling their story, and the stories of other LGBT Missourians, to convince Missouri lawmakers that SJR 39 and 15 other anti-LGBT bills filed in the Missouri legislation were not good for Missouri.

You see, this person has spent countless hours (this year alone) convincing lawmakers of Missouri that LGBTQ Missourians are not only their constituents, but they are also their friends, their family, their old classmates, and last but not least tax paying citizens.

Previously we have labeled this recognition as “Pride Hero.” This year, “Idol” seems fit.

We present to you the 2016 LGBTQ Missouri Pride Idol awardee, SK Rossi, from the ACLU of Missouri. The definition of idol is “a person or thing that is greatly admired, loved, or revered.”

SK Rossi is just that, idolized by colleagues and legislators on all sides of the political spectrum.

Thank you, SK Rossi, for all you have done for LGBTQ Missouri citizens, we appreciate you!