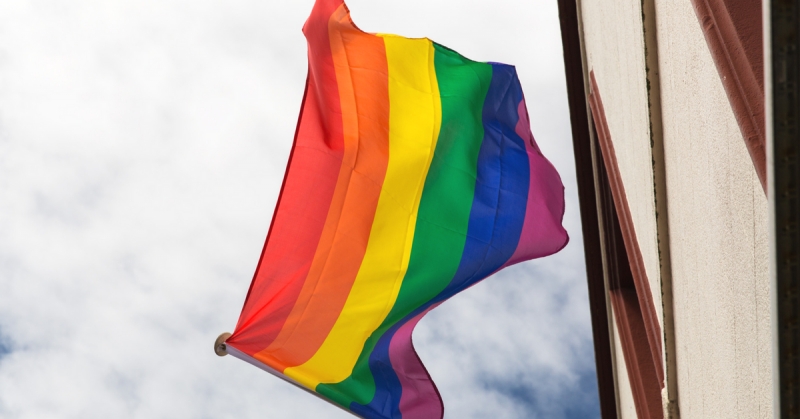 2010 has been an exciting year, and we are so happy to have shared it with you. While the November election and national politics have made everyone nervous, pessimistic even, the prospects for LGBT equality here in Missouri is actually looking very positive.

Looking back on PROMO’s 2010 achievements and growth, there is a lot to celebrate for all of us in Missouri, and looking forward to the 2011 legislative session in Jeff City, we face not just challenges, but great opportunities.

So what have we been up to, and where are we going?

This year, for the first time, both of PROMO’s signature bills — the Missouri Nondiscrimination Act (MONA) and the Safe Schools Act — were introduced into both houses of the Missouri legislature with bipartisan support. Also, for the first time, PROMO got committee hearings on both legislative efforts, and we actually passed MONA out of committee.

At the local level, we were successful in adding gender identity protections in the City of Saint Louis. Jackson County updated employment protections, and efforts are underway to see both housing and public accommodation updates. In Springfield, we anticipate a City Council vote on nondiscrimination in 2011.

An extremely significant development which has not received much media attention was Governor Jay Nixon’s Executive Order extending employment protections to LGBT state employees. This order affects upwards of 60,000 state employees, and it sends a strong message that discrimination does not have a place in the Show Me State. It also represents a key building block in PROMO’s strategy to establish statewide protections.

The efforts to impact public policy continue with the strengthening of the LGBT community’s relationship with the office of Attorney General. In March, during our lobby day, Attorney General Chris Koster agreed to collect statistics on discrimination based on sexual orientation and gender identity. This was in addition to sending his office’s LGBT Liaison to testify at legislative hearings in support of MONA.

PROMO has experienced tremendous growth during 2010. In January, we had just three staff statewide — field organizers in Springfield and Kansas City, and the Executive Director in Saint Louis. As we finish the year, we have five staff, and a sixth will be hired at the first of the year to meet the equality needs of Missouri’s LGBT community. Stephanie Perkins, our Springfield Organizer, has been promoted to Deputy Director in order to help manage the field operations. Claire Cook, a former PROMO intern, is our new Kansas City-based Field Organizer. Morgan Keenan has joined our staff to head up our Safe Schools Coalition, which is successfully building allies who support a comprehensive change in anti-bullying policy at the State level. And Jeffrey Brodzinski has joined PROMO just this month as our new Development Coordinator. He will help coordinate PROMO’s development and fundraising efforts. And we’re not quite done – we will be introducing you to our new Saint Louis Field Organizer in January.

We are only able to grow because of your support. Through your gifts to PROMO, we have been able to make the case to national funders like the State Equality Fund that PROMO has the strategy, leadership, and community support that will lead to success in our efforts for equality over the coming years. Your year-end gift is critical to assuring that our momentum for change will continue and grow in 2011.

No update for 2010 would be complete without acknowledging the election cycle. Despite the many perceived setbacks and challenges to equality, PROMO PAC, the arm of PROMO which endorses candidates for office, had an unprecedented 85% win rate for our candidates! So despite some pessimistic views for LGBT progress on the national level, here in Missouri we have every reason to have a positive outlook for our future.

Throughout 2009 and 2010, we have worked to identify supportive Republican lawmakers, and that effort will be paying off next year. We have identified many strong allies who agree that protecting students in schools and keeping good employees in their jobs are bipartisan in nature, and that message has been largely successful.

We still need your support.

You and your continued support are vital to the progress we are making right here in Missouri. We are all celebrating the repeal of DADT, but if we learned anything from that struggle, it is that while issues remain jumbled at the national level, your local and state efforts will continue to advance equality for the LGBT community.

Your support of PROMO has allowed Executive Director A.J. Bockelman to spend part of every week during the legislative session in Jeff City, meeting with our friends in the legislature, in the Governor’s office, and in the Attorney General’s office. We also get to meet with people who don’t always agree with us on equality, and amazingly, we’ve been able to see a shift for some of them, a change in hearts and minds—and that is ultimately what PROMO is all about.

Above all, your support of PROMO shows that you recognize that PROMO does what no one else in Missouri does — we are your representatives working day and night to slowly, methodically, but inevitably assure that all Missourians live in a state where Equality for all is the law of the land.

We are a little more than half way to our goal of raising an additional $20,000 by December 31, 2010, to show the State Equality Fund and other granting agencies that PROMO is worthy of their continued support, to show those who oppose equality that our community is eager to stand up for our rights, and above all, to assure that the essential work of equality in the Show-Me State continues.

Please support PROMO with a one-time gift to ensure PROMO’s continued efforts in Jefferson City or with a tax-deductible gift to PROMO Fund to support our statewide outreach and education. To support PROMO all year long, become a monthly sustaining giver. If you would like to give a gift of stock, you may do that by contacting our Saint Louis office at 314.862.4900 to get contact information for advisors at Stifel Nicholas. We at PROMO cannot tell you how much your support of PROMO means to each of us, but I can assure you that the entire staff and board of PROMO will work tirelessly for Equality in 2011.