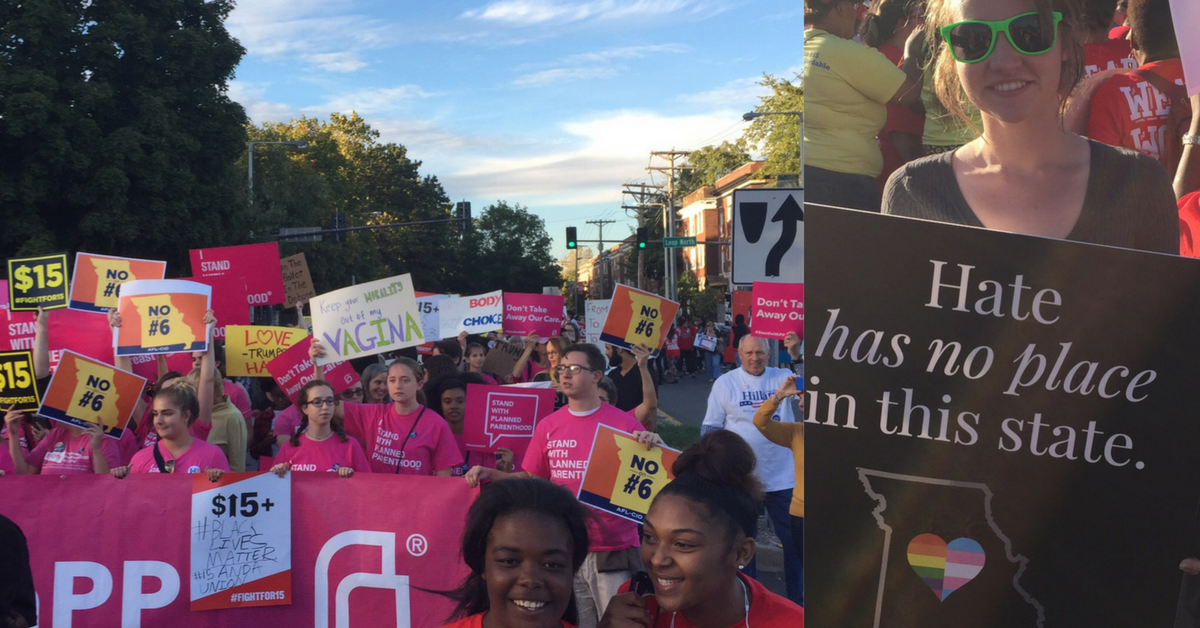 On June 29th, I had the opportunity to stand by other supporters of reproductive justice at Reproaction’s Show Me Accountability Campaign Kick-Off, where activists, advocates, and organizations demanded that the Missouri Sanctity of Life Committee spend their time discussing how to support the lives of all Missourians. Missouri legislators, the ones that vote on laws that impact us, believe that “all lives matter.” Therefore, they must also address issues of:

This powerful action happened just two days after the United States Supreme Court ruled in favor of Whole Woman’s Health in a 5-3 decision. This court case came from the implementation of HB 2 in Texas, which placed unnecessary restrictions and expensive requirements on abortion providers, inhibiting a person’s access to reproductive health care.

The intersections of the reproductive rights movement and other pro-social change movements cannot go unnoticed. One photo that spoke to the importance of this decision and the intersectionality of this movement stated, “Reproductive justice is also a trans issue.”

Equal, inclusive access to reproductive health care is an LGBTQ issue. True reproductive justice can only be accomplished when individuals of all gender identities are included.

Wednesday’s action is a reminder that even after the Supreme Court’s ruling, the reproductive justice movement is still happening. A great deal of that work continues in Missouri as we show up for reproductive justice and the lives of all individuals, regardless of their sexual orientation, gender identity, race, gender, class, and ability status. I look forward to coming together in solidarity as we continue to demand accountability. #ShowMeRJ