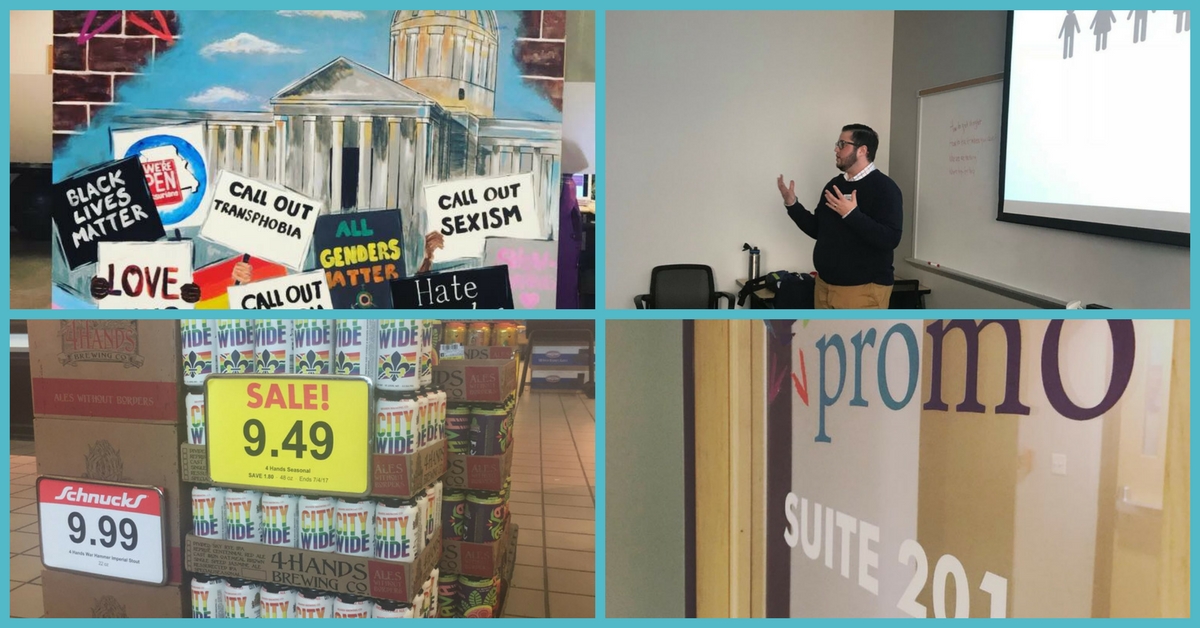 2. The Missouri Nondiscrimination Act (MONA) is debated on the House floor for the first time in history.

4. The launch of our new website in August of 2017, which includes multiple ways for people to take action during legislative session and all year round.

5. The second transgender medical center for youth opens in Missouri, in St. Louis.

7. Three Missouri cities receive an MEI score of 100 for the first time in Missouri history.

8. PROMO’s ShowMe YOU tour is launched. PROMO visited with communities in more than 35 cities across the state in 2017.

10. PROMO moved into a new office!

11. Pro-equality proclamations were signed by mayors in Washington, MO for Pride Month and St. Peters, MO for Transgender Day of Remembrance.

12. Springfield News-Leader addresses “deadnaming” and misgendering after the heartbreaking murder of Ally Steinfeld.