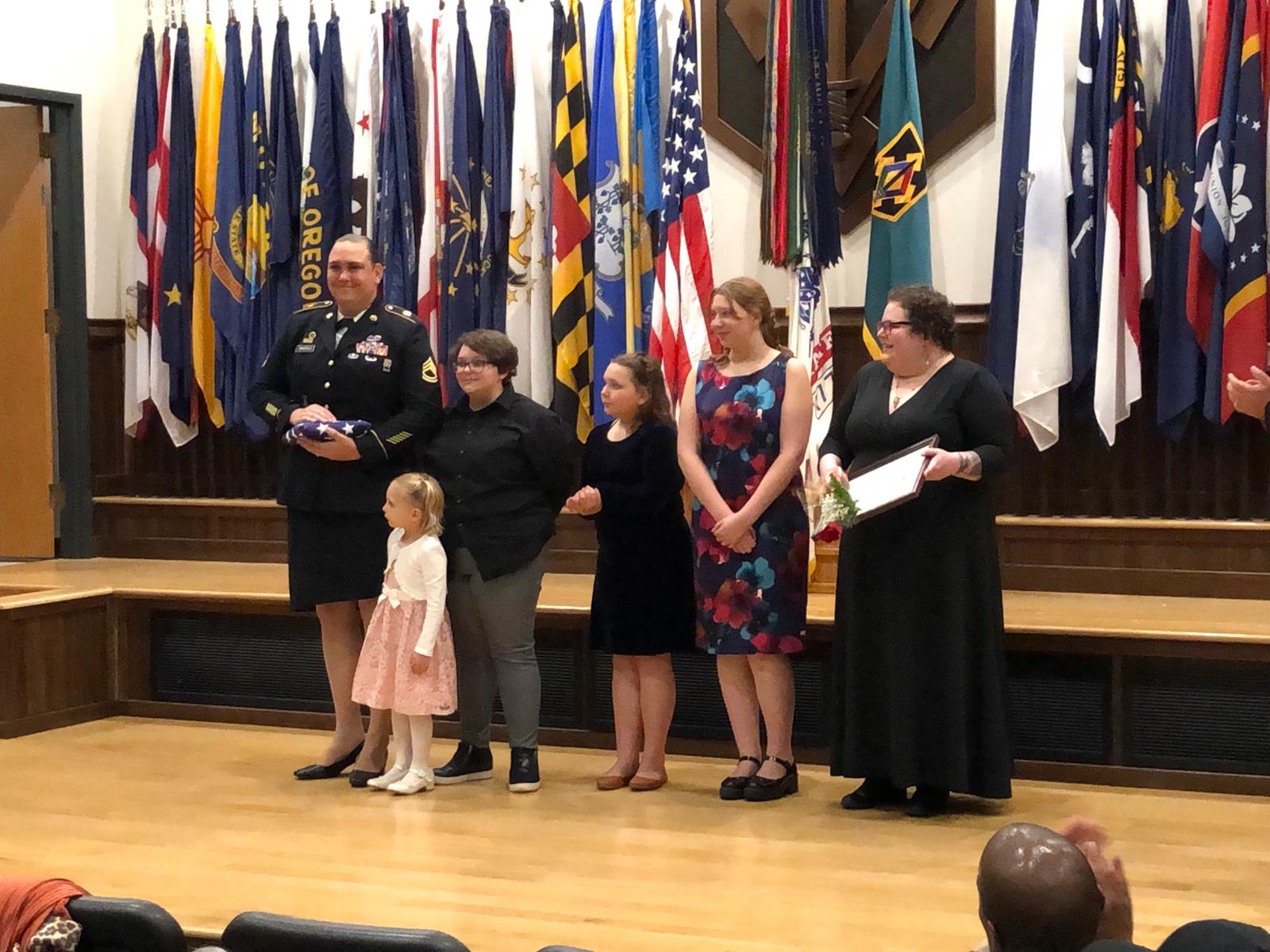 ST. LOUIS (Nov. 11, 2022) — United States Army Sergeant First Class Kinzie Maxfield and United States Army Staff Sergeant Alleria Stanley, both of whom use the pronouns she/her, participated in Fort Leonard Wood’s Retiree Appreciation Day celebration on Thursday, November 10, where they both celebrated serving 20 years with the U.S. Army. Notably, the two women are set to join a growing, yet still rare group of individuals when they officially retire in the coming months — transgender soldiers who have fully transitioned while on active duty and have completed their service culminating in an honorable discharge and full retirement. Maxfield and Stanley served distinguished careers serving in combat units overseas and stateside in training units.

Open transgender service in the military is becoming more commonplace and accepted, but the number of those who are honorably discharged into full retirement and transitioned while on active duty remains low. A primary cause stems from the restrictions placed upon their ability to serve. Those service members wishing to transition were previously faced with a choice, either to transition after their service or to exit the military. Maxfield and Stanley were two such soldiers who served in silence when their service was forbidden. “We were forced to ask ourselves whether we wanted to deny who we were and serve, in the hopes that one day it would change, or whether we should wait to serve entirely until it did change,” said Stanley. They would both openly serve after former Secretary of Defense Ash Carter opened service to transgender individuals in 2016.

Stanley serves as a radiology technologist within the U.S. Army and deployed to Afghanistan as an Apache helicopter repairer in 2005. “Being one’s authentic self is incredibly empowering and uplifting affecting parts of your life that are unrelated to being transgender,” said Stanley. “One of the stronger memories I have since serving openly and living authentically is the scores of people who have come up to me to either come out themselves, to share a story of someone they know, or to ask for advice on how to approach a relationship they have with LGBTQ+ friends and family.” With her official last day from the military set for February 28, 2023, she looks forward to advocating for and supporting LGBTQ+ service members and their families in her post-military career. “It’s hard to believe it’s been 20 years,” added Stanley. “I’ve gained stories and experiences I would have never foreseen for myself growing up and I don’t regret it a bit, not even the hardest parts.”

Maxfield serves as a military dog handler with four deployments to Afghanistan and was awarded the Purple Heart. “I have had a great experience in my current unit, but before coming out I was absolutely terrified that people would not treat me the same,” said Maxfield. “I was an excellent dog trainer and did really high-speed deployments. I was afraid that was going to change. However, all of my commanders were very supportive, helping me with all the necessary paperwork while always treating me with respect and dignity.” Married for sixteen years and with four children, she is excited for her and her family’s future along with the adventures that await. Her official last day with the military is on December 31, 2022. “It’s been a really hard road — a lot of hard times away from home — but it is something that I said from day one that I wanted to do,” added Maxfield. “I’m so happy I made it.”