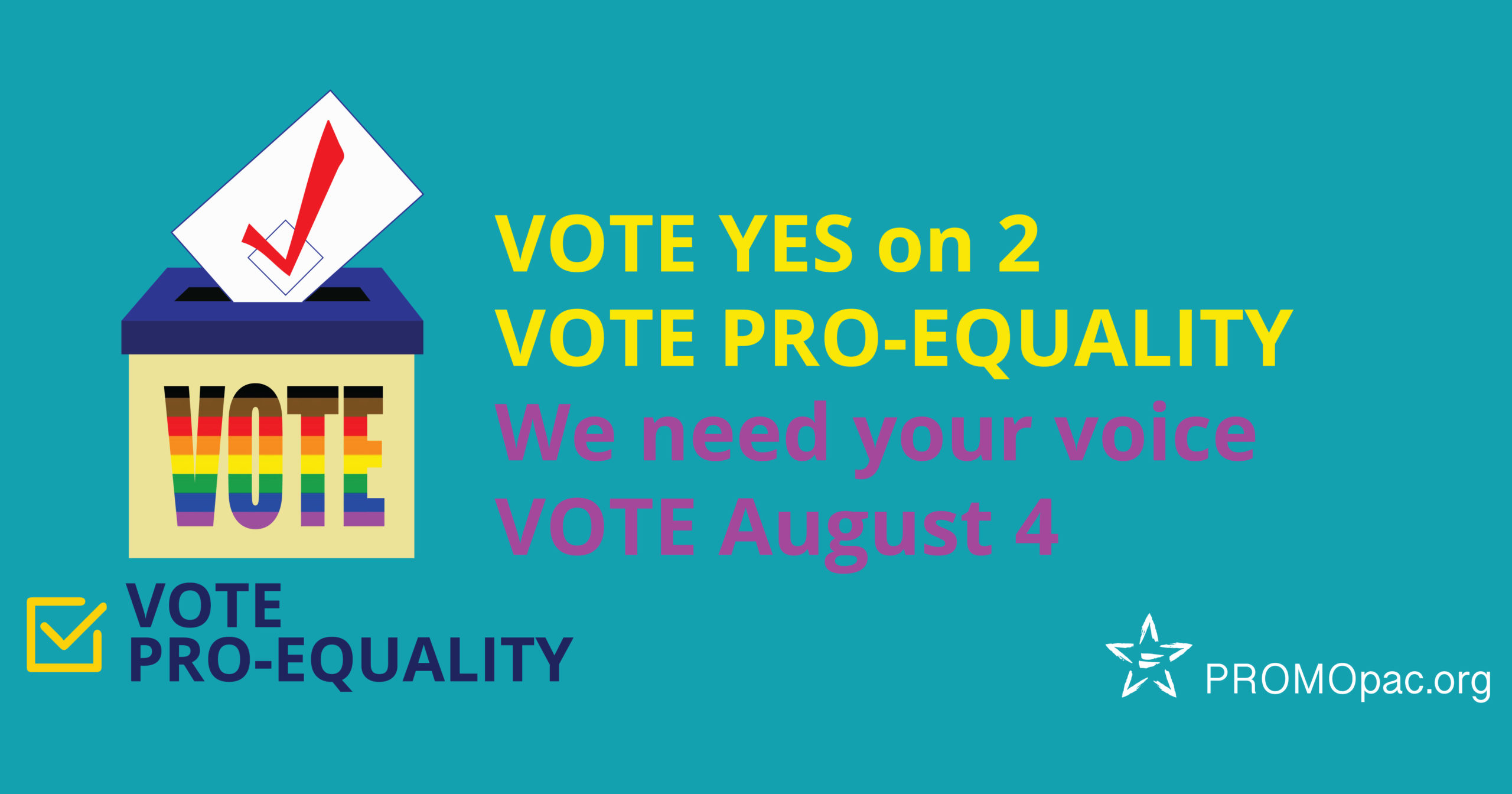 With a Yes on Amendment 2, we can improve health care for Missourians.

On Tuesday, August 4, Missouri voters will decide whether more than 200,000 of our fellow residents will qualify for Medicaid. We at PROMO strongly encourage a Yes on 2 to expand Medicaid.

For too many years, our state legislature and governor have failed to act, leaving hundreds of thousands of our friends, neighbors, and coworkers in a growing coverage gap. This gap is the result of our state’s refusal to expand Medicaid under the Affordable Care Act, passed a decade ago in 2010. These 200,000 Missourians earn too much to qualify for Medicaid, and yet not enough to benefit from the Affordable Care Act’s financial assistance to pay for health insurance in the marketplace, leaving them in a coverage gap that is difficult to escape.

What could you do with $5,000 in annual income – roughly $100 a week? Could you support a family of three? Could you afford your rent or electric bill? Could you pay for health insurance? In Missouri, that meager sum currently places you above the income threshold to qualify for Medicaid.

According to the Williams Institute, more than 1.1 million LGBTQ adults receive their primary health insurance through Medicaid. Studies have consistently found that we as a community are disproportionately uninsured or underinsured, and this is especially true for trans individuals and people of color. Medicaid is a critical lifeline for us in the LGBTQ community.

Since Medicaid expansion became optional after the Supreme Court ruling in NFIB v. Sebelius, more than three dozen states have expanded Medicaid – and not one has rolled back its expansion. While more work continues at the state level to improve and expand care for members of the LGBTQ community, particularly around trans and gender-affirming care, this is a step in the right direction for our state.

2. If you are voting before August 4th by mail-in ballot: find a free notary near you here. Don’t forget to mail in your ballot, so it is received before 5:00 pm on August 4th.

3. And, if you are as excited about Medicaid expansion as we are, join our friends at Missouri Health Care for All and volunteer at an upcoming phone or text bank to help empower Missourians to vote Yes on 2!

We no longer have to wait for others to decide for us, lets move Missouri forward.