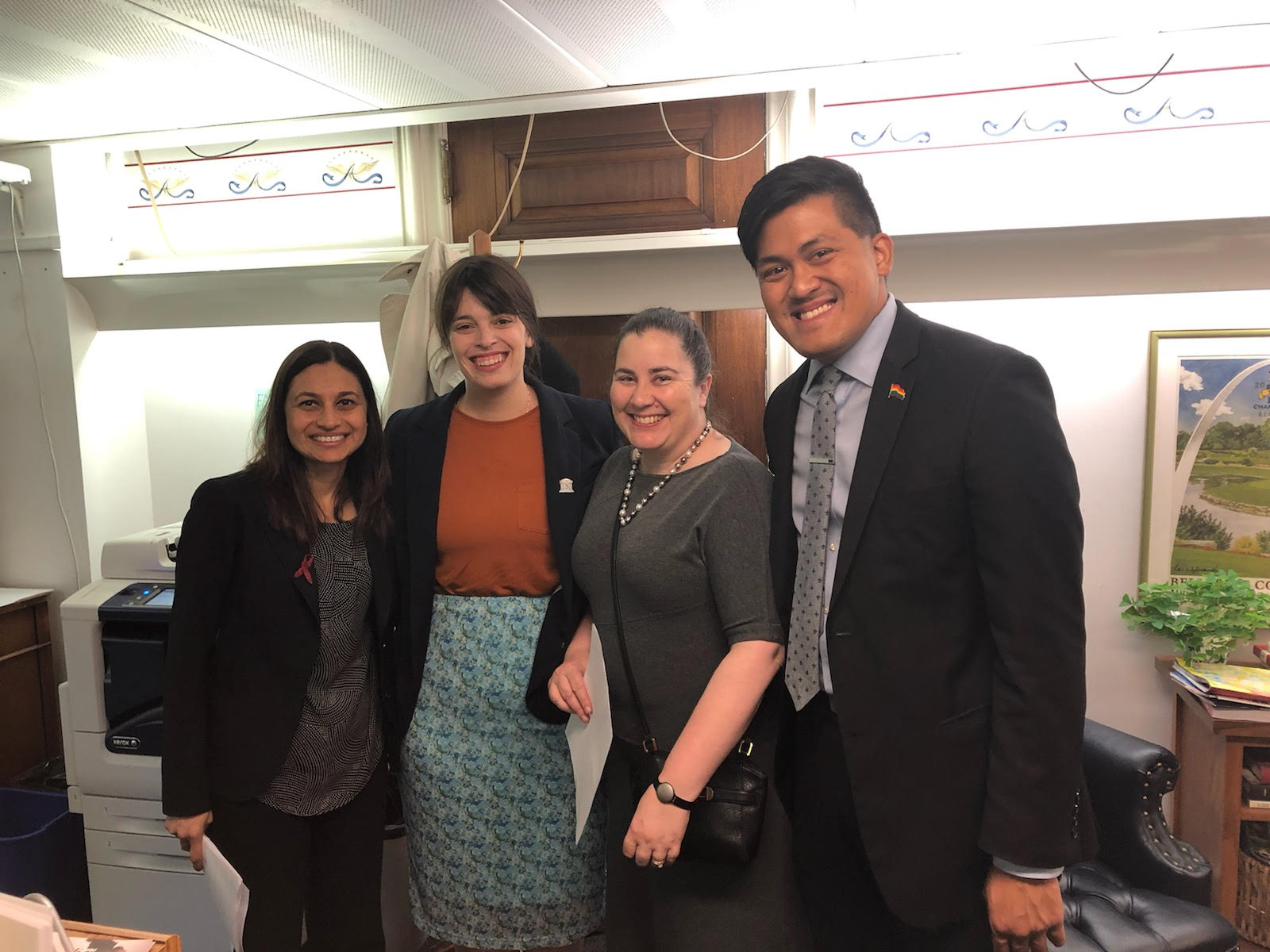 Welcome to the final two weeks of the 2019 legislative session!. This past week has been a whirlwind.

On Wednesday, I joined Washington University physicians, Dr. Rachel Presti and Dr. Rupa Patel, to support HB 167, a bill that will decriminalize HIV in the state of Missouri. Together we educated representatives on the effectiveness of modern day medications in treating HIV and those that effectively prevent the transmission of HIV from one person to another. The floor debate for HB 167 displayed bipartisan support.

On Thursday, the Trump administration just released a final rule expanding the ability of many health care providers to discriminate against patients based on personal, religious, or moral beliefs. By allowing almost anyone involved in a patient’s care to put their personal beliefs ahead of the patient’s health, this rule makes it harder — and in some cases impossible — for many LGBTQ people to get the care they need.

Late in the week a few members of the Westboro Baptist Church visited Jefferson City to protest remarks made by Rep. Greg Razer regarding a discriminatory bill. In reaction to their visit, Minority Leader Crystal Quade displayed the rainbow and transgender pride flags outside of her office to visibly stand in solidarity with the LGBTQ community. Reps. Quade and Razer also joined fellow representatives for a press conference to call for those in leadership in the Capitol to end their silence when faced with discrimination and the hate displayed by WBC, urging for the advancement of the Missouri Nondiscrimination Act in both chambers. 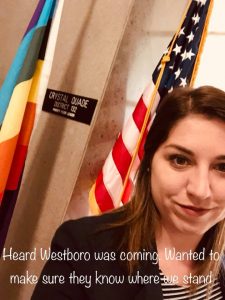 As session draws closer to an end, we, too, urge for a hearing on the Missouri Nondiscrimination Act. Since I started with PROMO in January, I have been diligently preparing for this hearing by listening to and learning from Missourians across the state about how these protections would benefit their lives, their families, and their businesses. We have a diverse, brave group of advocates ready to share their personal stories and speak out on behalf of LGBTQ Missourians when a hearing is scheduled.

P.S. Please give a gift of $25 right now to support PROMO’s work in the Capitol to advance the Missouri Nondiscrimination Act!