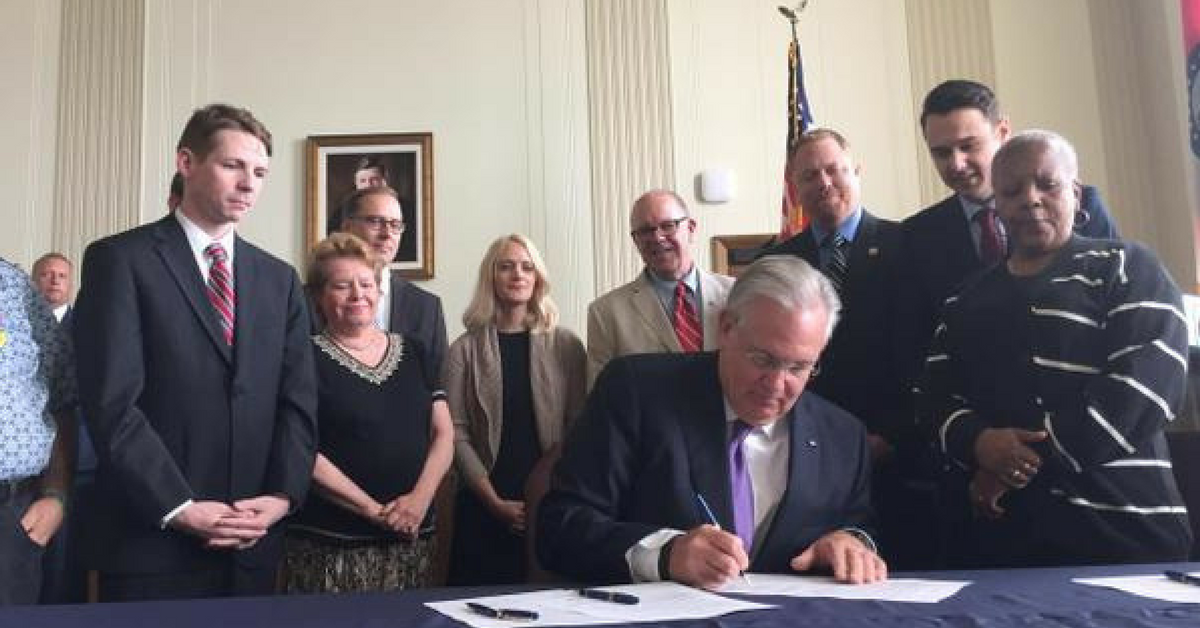 Today is a day that LGBT Missourians can celebrate! In a bold statement in the Jackson County Court House yesterday, Governor Jay Nixon announced Executive Order 15-04, which outlined his plans for the implementation of marriage equality (Obergefell v. Hodges) in the state of Missouri. In his statement to the press, Governor Nixon reiterated his support for several pro-LGBT policies that will greatly impact the lives of LGBT Missourians.

PROMO Fund began working with Governor Nixon’s administration and respective Missouri Departments earlier in the year to discuss the potential impacts of the Supreme Court decision. Providing expertise on policy implementation, Katie Keith, technical advisor to the Missouri LGBT health access team, worked on investigating and providing a breakdown of policies that potentially would be affected by the ruling. Assistance was provided to officials from the Department of Insurance and the Department of Health and Senior Services on potential pro-LGBT policy updates.

In June, PROMO presented a series of memos to Governor Nixon’s administration that would allow the Administration to update critical areas in Missouri policy to reflect the Supreme Court ruling, including with nondiscrimination policies. We are grateful for Governor Nixon’s leadership in recognizing the rights of LGBT Missourians, and we look forward to working with him and his administration to fully implement marriage equality across the state. Above that, we are proud that he has seen the need for further legislative action that would add critical discrimination protections for all Missourians — including the passage of the Missouri Nondiscrimination Act (MONA).

The Supreme Court’s landmark decision is a watershed moment for equality, but there is still much more work to do. PROMO will continue to work with Governor Nixon and the legislature to adopt nondiscrimination policies, ensure that our transgender friends and family have access to the services they need, and prioritize the need for LGBT-inclusive data collection.