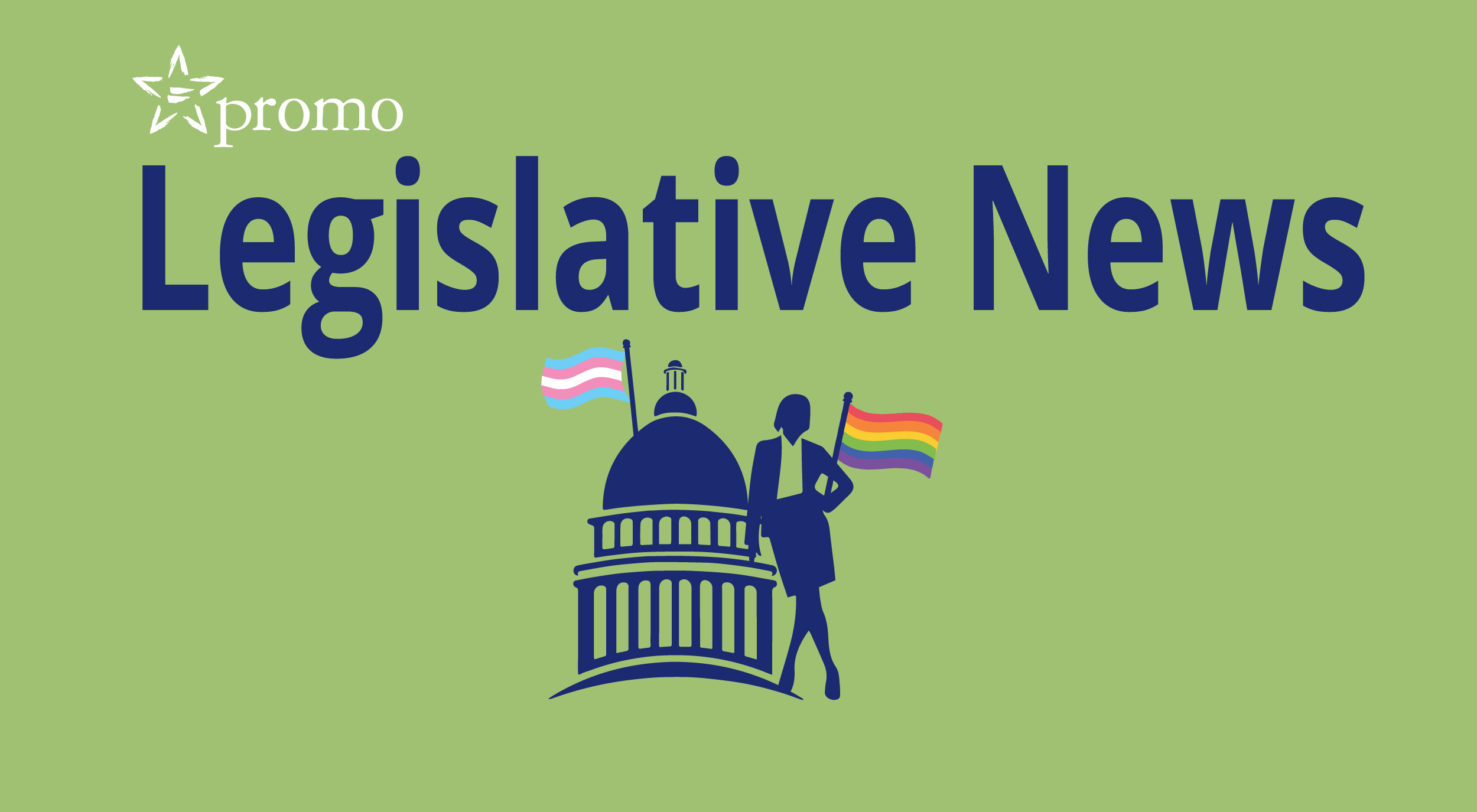 These past two weeks have been difficult and at times, painful. We’ve asked a lot of our community, and have seen deeply powerful support mixed with a bold legislative agenda.

PROMO previously testified in opposition to HB 2173 (Schnelting R-104), which would turn all existing and future marriages into domestic unions. And this week, the General Laws Committee validated their attack on the LGBTQ community by voting to pass HB 2173 out of committee. But, we still have time to stop HB 2173!

Denise Lieberman, PROMO’s General Counsel, attested, “This bill creates unnecessary legal problems for all married couples in the state. There are thousands of Federal benefits attached to marriages: Medicare, veterans benefits, Social Security, etc. etc. It is unconstitutional. It strips the fundamental right to marry and grant equal protection.”

We can’t stress this enough — it is unprecedented that a rollback of marriage equality is leading the race of anti-LGBTQ legislation making its way toward becoming a law in Missouri.

Earlier this week, there was a hearing on HB 1565 (Basye R-47).  It would deem all LGBTQ curriculum in our public schools “inappropriate” and allow parents to sue schools for including LGBTQ speakers and curriculum without their explicit permission. We are tremendously proud and grateful for the LGBTQ youth, families, and champion legislators who showed up in large numbers to make a clear and powerful statement: we will not be erased.

At the hearing, Rep. Proudie (D-73) stated: “At various points in time in history, what has been deemed socially acceptable has been questionable, and it had to be challenged. And the only way that progress had taken place is because we put it there… We’re not just talking about sex and sexuality, but the actual worthiness and personhood of a group of individuals.”

HB 1565 is still in the House Elementary and Secondary Education Committee.

That same day, SJR 50 (O’Laughlin R-18) had a hearing — less than a week after it’s House companion bill, HJR 82 (Ross R-142),  had its public hearing. Both joint resolutions put the rights of transgender youth on the ballot in the 2020 election.  Missourians would vote to amend our constitution to require student athletes participate in sports according to their birth certificate.

We know transgender students deserve to play the sports they love with their friends and teammates without exclusion.  When transgender youth are banned from playing sports with the team of the same gender, they are effectively banned from sports all together.

PROMO is grateful for the hundreds of Missourians who have made calls, testified, and adovcated for LGBTQ Missourians.  Thank you!  But we must ask more of you.  We are going to need your help to stop all 15 anti-LGBTQ bills. If you’re willing to continue helping us in this fight, click here to join us in the Capitol or to take action from home.

The past two weeks have been more difficult than we could have imagined. We have all participated in multiple deeply emotional and personal hearings and conversations. We need to do this because these bills target us, our friends and family, and most notably our transgender children. We are going to keep going. Together we know we can achieve equality.

Please consider a gift of $15 to help PROMO defeat all 15 anti-LGBTQ bills this session.