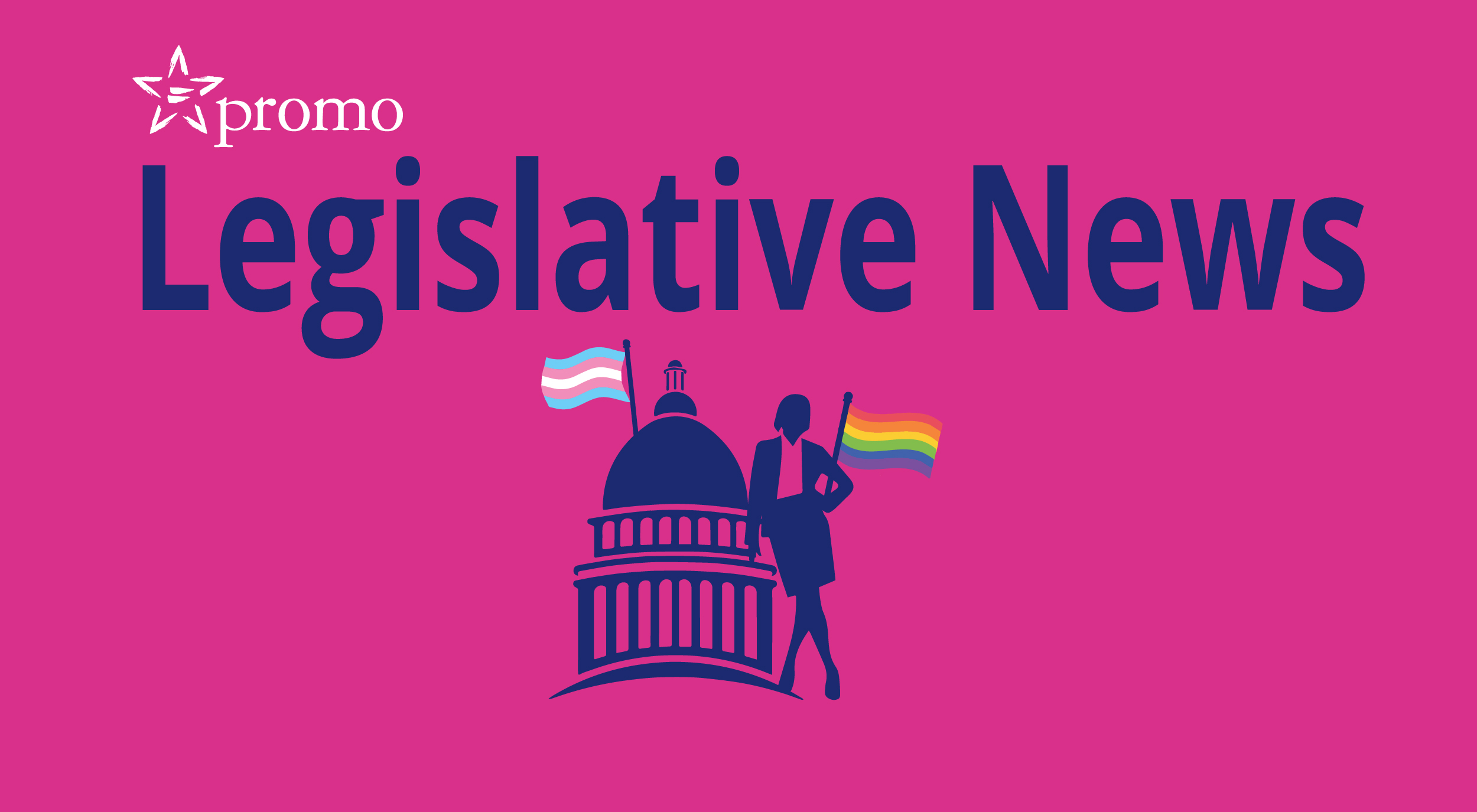 Before the COVID-19 pandemic took hold, PROMO was working around the clock to stop 19 anti-LGBTQ bills. Throughout the legislative session, we have updated you on the progress of these dangerous bills aimed at harming LGBTQ Missourians, and until recently, the legislature had not been meeting leaving our updates on pause.

The legislature is back in session with one final week. We expected our legislators to have the utmost focus on protecting the health and safety of Missourians right now — unfortunately, we have witnessed otherwise. Our partners, including ACLU of Missouri and Planned Parenthood Advocates in Missouri, are bringing attention to the legislature for holding hearings on bills, that due to COVID-19 restrictions, the public cannot attend; legislation that contains hundreds of pages without discussion or public input. These fast-moving bills seek to roll back criminal justice reform and repeal pieces of the CLEAN ballot measure to overturn fair redistricting, and more. Instead of prioritizing safety, much of our legislature is focused on harming Missourians.

Yet, during these chamber hearings, we witnessed moments where our champion legislators have made one thing clear to our community — it’s time we should be protecting all Missourians, including our LGBTQ family. Members of the Missouri House made notable attempts to highlight the lack of protections in our state when LGBTQ people need it most, as well as to propose amendments that offer the Missouri Nondiscrimination Act (MONA) to protect LGBTQ Missourians.

Rep. Greg Razer (D-25) offered MONA as an amendment to a bill during floor debate saying, “I don’t know what is more important to public safety than having a roof over your head, and job security. We’re reaching levels of 20% of unemployment in this country. We don’t need people fired from their jobs for frivolous reasons.”

Rep. Tracy McCreery (D-88) pointed out disappointment that the legislature has failed to have any discussion on MONA this year,

“We were not allowed to have an honest discussion about protections for our LGBTQ Missourians. As we sit here, 22 years later, after this body refuses to pass protections for real people, people that I love, people are getting killed, we had a transgender girl killed in the Houston, Missouri area, this body wants to deny that transgender people are victims of hate crimes. What the gentleman is trying to do is a worthy thing, but we have our priorities out of order. Someone who wears a referee shirt can take off their shirt and be safe later on, but our LGBTQ constituents cannot change who they are. They are who they are. There’s nothing wrong with them. They should be able to have a job and not get fired. They should be able to live in housing and not get evicted. They should have access to a full range of public accommodations.”

And on an amendment that would create a housing voucher program for veterans, a veteran herself, Rep. Ashley Bland Manlove (D-26), attempted to add housing discrimination protections for LGBTQ Missourians. According to the Williams Institute, there are nearly one million LGBTQ veterans in the U.S., where rates of veteran and transgender homelessness are staggering. We appreciate Rep. Bland Manlove’s service to our country and valiant attempt to protect LGBTQ Missourians.

As our champions continue to use their voices to push for LGBTQ equality, we want to acknowledge the power of our community’s voices — your voices. During the run of anti-LGBTQ legislation, you showed up to testify, to call and write to legislators again and again. It worked. Even before the Missouri legislature took an extended recess, the bills targeting transgender Missourians were not moving forward.

We are asking you now to use your powerful, effective voices in this final week of session to engage with our partners at the ACLU of Missouri and Planned Parenthood Advocates in Missouri who are actively calling on the legislature to respect the will of the voters and put the health and safety of Missourians first.

During these uncertain times, among an overwhelming amount of currently moving legislation, and always, we are committed to working for you. In the final week of the 2020 legislative session, PROMO continues to work towards reaching equality for all LGBTQ Missourians, which includes working with our partners to make Missouri a safer, more welcoming state for all.