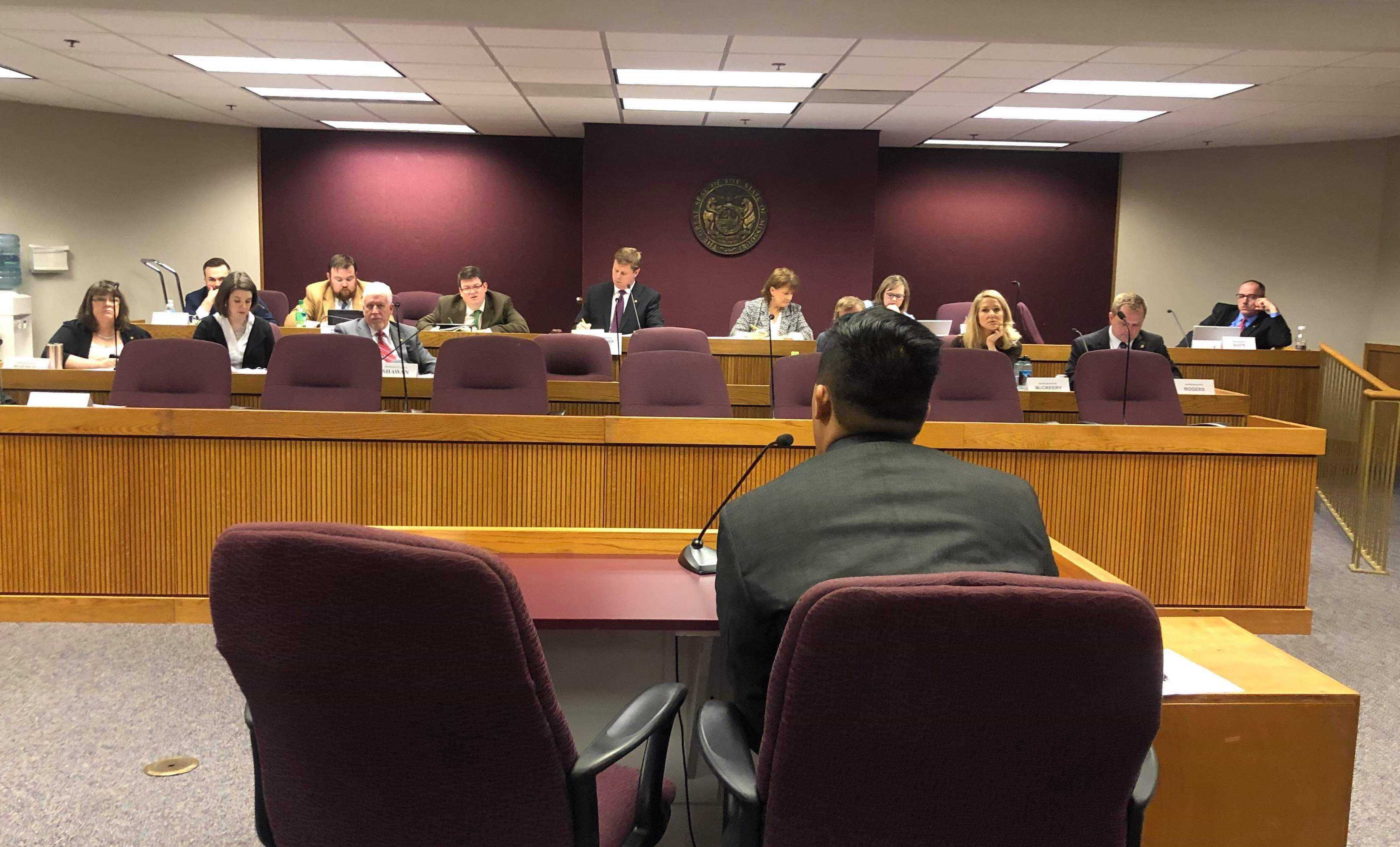 We’ve had a busy month following the Missouri legislature as they have started to actively file anti-LGBTQ bills.

On February 19, PROMO hosted a lobby day at the Capitol, in which 70 LGBTQ and ally Missourians learned how to build and effectively share their stories with our elected officials on why comprehensive nondiscrimination protections matter to us all.

It was a good opportunity to reflect on the positive work our legislators have been doing, and to thank the bipartisan voices speaking up for LGBTQ protections.

Last update we focused on two filed bills that came as a direct reaction to marriage equality. In this update, there are two more anti-LGBTQ bills filed that deal with gender-neutral spaces and bathrooms.

HB 798 would prohibit the appropriation or expenditure of state revenues for the   purpose of creating a gender-neutral environment, unless required by a federal or state court order.

HB 797 will require all public restrooms, other than single-occupancy restrooms, to be gender-divided.

Both of these bills limit a facility to create the restroom spaces that are right for their patrons. Gender neutral restrooms of all kinds are important to transgender and gender nonconforming individuals, and they are important for families with small children, people who need assistance, and folks who need additional privacy.

We also want to bring your attention to House Bill 927.

Our Manager of Public Policy has been closely participating in opposition to this bill, which was called before the House Committee on General Laws. This bill would allow for religious student groups at public universities and colleges to deny membership into their organizations based on so-called strongly held religious beliefs while still receiving funding and sponsorship from the college or university. PROMO and our partners at the ACLU believe that such a bill would specifically target and discriminate against LGBTQ students attending college at one of Missouri’s public universities. And, as public universities, it would force public funding to support overt discrimination against its students.

Representative Dirk Deaton of Newton and McDonald counties insisted that he is concerned about “viewpoint discrimination,” believing that people of certain religious and political beliefs were being treated unfairly and differently from others. While some may disagree with anti-LGBTQ religious views, it is also a person’s right to believe them. Where the line stops, in the case of House Bill 927, is that a public institution, like UMSL, Truman State, Mizzou, and even the community colleges, would be forced to fund student groups that deny membership based on strongly held religious beliefs — even when the organization was violating a university’s own internal nondiscrimination policies. Nearly all publicly funded universities and colleges in Missouri have passed their own nondiscrimination protections that extended to the actions of student organizations. HB 927 puts those hard-fought policies at risk.

The effects of bills like this would be extremely broad: it would affect women, people of color, religious minorities, single-parents, and even unmarried couples living together. Government funding should not be used to support discrimination.

PROMO supports the rights of freedom of speech and freedom of religion. While we may not agree with anti-LGBTQ religious views, we seek not to change minds or change how churches and denominations state their beliefs; we, however, believe that religion or politics should not be an excuse to discriminate, especially when using government funding.