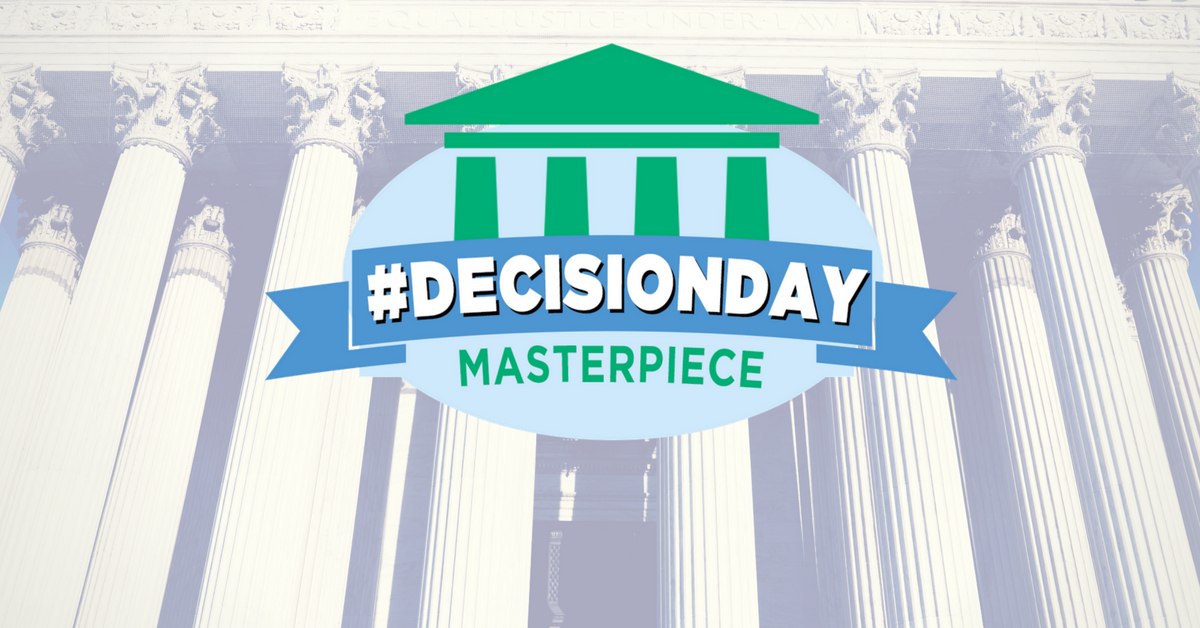 This morning, the Supreme Court ruled in favor of the Colorado baker in the Masterpiece Case, 7-2. The Court, however, did recognize the harm of discrimination and reaffirmed that states can act to protect LGBTQ people from discrimination.

The Court’s decision is explicitly limited to this one case and calls into question actions from the Colorado Civil Rights Commission – but it leaves intact Colorado’s LGBTQ-inclusive nondiscrimination protections, as well as similar protections in 19 states and 200+ cities and towns, including many cities and counties in Missouri like St. Louis, Kansas City, Columbia, Kirksville, Maplewood, Ferguson, University City, and more.

Per the ruling, written by Justice Kennedy, “Our society has come to the recognition that gay persons and gay couples cannot be treated as social outcasts or as inferior in dignity and worth. For that reason the laws and the Constitution can, and in some instances must, protect them in the exercise of their civil rights.”

This case has never been about cake. This case is about upholding America’s founding promise of life, liberty, and the pursuit of happiness for all. In more than half the country, including Missouri, state laws do not explicitly protect LGBTQ Americans and their families from discrimination in stores and restaurants, in the workplace, or in housing. That’s why businesses, civil rights advocates, religious leaders, health organizations, labor groups, LGBTQ people, and our friends, families, and allies are joining together to call on the Missouri General Assembly to pass the Missouri Nondiscrimination Act (MONA) so that ALL Missourians are protected under law.

“The Supreme Court today did not change our country’s long-standing rule that businesses open to the public must be open to all, nor does it undermine our nation’s longstanding promise of equal opportunity for all, including LGBTQ people and people of faith,” said Steph Perkins, Executive Director of PROMO, Missouri’s statewide LGBTQ advocacy organization. “The majority of Missourians agree that discrimination is wrong and want our lawmakers to act. We must do everything we can to protect all Missourians from discrimination, so that no one can be fired from their job, denied a place to live, or otherwise discriminated against simply because of who they are. Now is the time to update our state’s laws to include nondiscrimination protections for LGBTQ people and our families.”

Tell your elected officials to pass the Missouri Nondiscrimination Act so that ALL Missourians are protected.