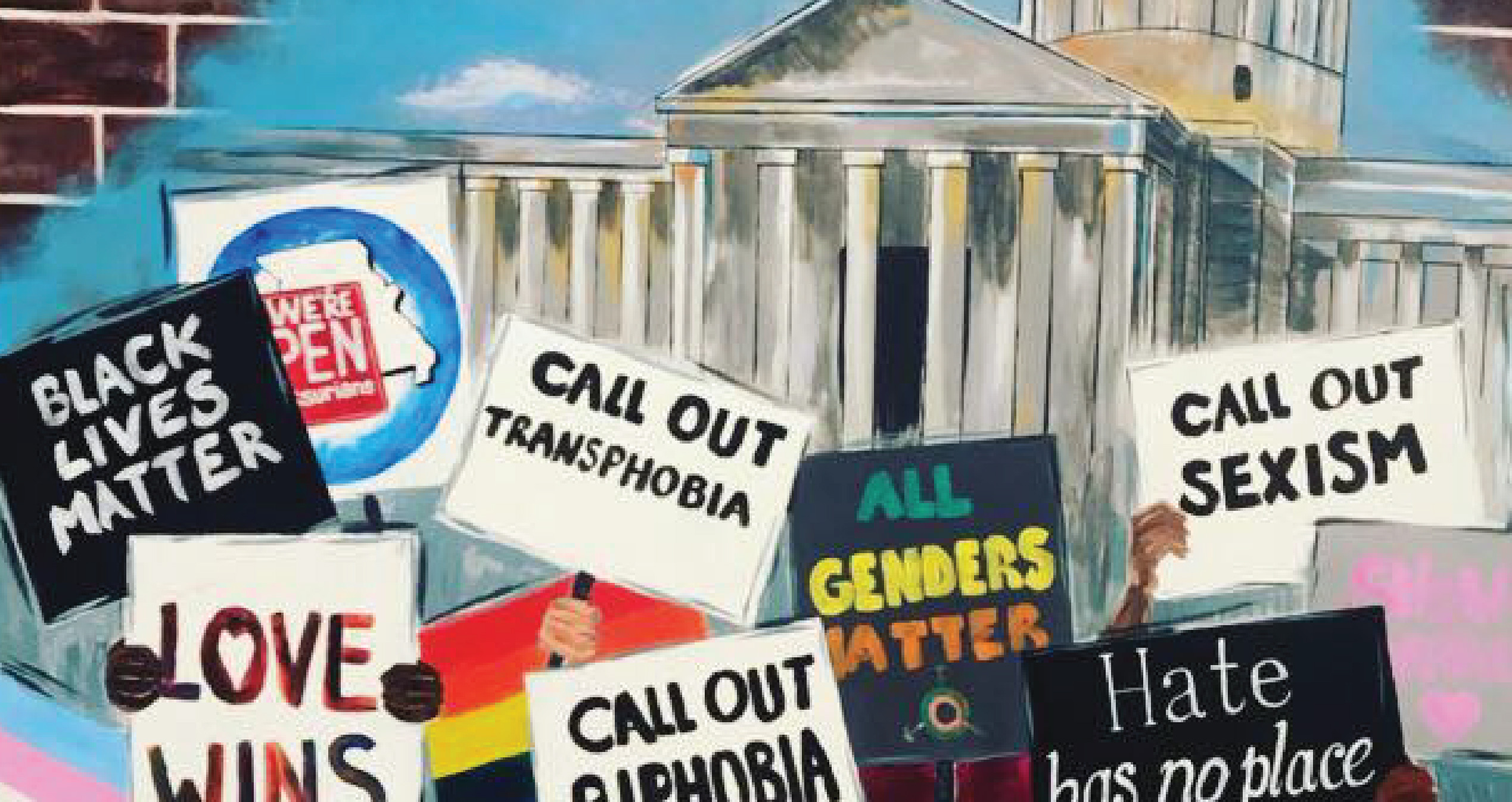 In the first case,Lampley v. Missouri Commission of Human Rights Harold Lampley and a co-worker filed charges of sex discrimination and retaliation against his employer, the State of Missouri’s Office of Administration Child Support Enforcement Division. He argued that as an openly gay man, he experienced harassment at work because he failed to conform to stereotypes about how a male should behave. His co-worker alleged she experienced retaliation because of her relationship with him. The Missouri Commission of Human Rights declined to investigate these claims because sexual orientation is not expressly protected under workplace discrimination laws in Missouri. In this case of first impression in Missouri, the Missouri Supreme Court ruled that the Missouri Human Rights Commission did, in fact, have jurisdiction in his case on basis of sex stereotyping as a form of sex discrimination – which is expressly protected under Missouri’s Human Rights law.

In the second case, RMA v. Blue Springs R-IV Sch. Dist., RMA, a transgender male student in the Blue Springs School District was denied access to the men’s restroom and other facilities at school, forcing him to leave both the football and track teams and limiting his success at school. RMA argued that he was discriminated against because of sex on the grounds that he was forced to use different facilities than other males at his school. The lower court dismissed the case on grounds that gender identity discrimination was not covered in Missouri’s Human Rights law. In today’s ruling, also a case of first impression, the Missouri Supreme Court said that RMA’s claim may proceed under Missouri’s laws prohibiting sex discrimination in public accommodations, which includes in public schools.

In both cases, the Missouri Supreme Court affirmed that both cases could constitute discrimination on the basis of sex and allowed the case to move forward in respective court proceedings.

PROMO submitted a friend of the court brief in this RMA v. Blue Springscase, which can be viewed here. In it, PROMO argued that Missouri nondiscrimination laws must include protection from discrimination based on sex, in addition to explicitly protecting sexual orientation and gender identity, because gender-based discrimination is a particular barrier for transgender, non-binary, and gender nonconforming students in Missouri, who face threats to their safety and ability to access education due to sex-based discrimination in school.

Increasingly, courts around the country are coming to the conclusion that differential treatment based on sexual orientation and gender identity is quintessentially discrimination “because of sex” within the meaning of laws designed to thwart gender-based discrimination — even if lawmakers could not have envisioned this application when they originally passed those laws. However, neither Missouri nor federal law currently provide affirmative protection against sexual orientation or gender identity discrimination.

Currently, the Missouri Human Rights Act does not explicitly include sexual orientation or gender identity or explicitly protect LGBTQ people from discrimination in employment, housing, and public accommodations. Missouri lawmakers are considering legislation to include sexual orientation and gender identity within the law’s protections – protections which are still incomplete or lacking in 30 states.

According to the Williams Institute, more than 160,000 LGBTQ adults in Missouri would benefit from being protected from Missouri nondiscrimination laws like the Missouri Nondiscrimination Act (MONA) that includes sexual orientation and gender identity as protected categories. MONA has been introduced in the Missouri legislature for 21 years, passing out of the Senate in 2013 and most recently passing out of a House Committee in 2018.

Steph Perkins, Executive Director of PROMO, Missouri’s statewide LGBTQ advocacy organization, added, “We are pleased with the court’s historic decisions to allow these two cases to move forward on the basis of sex discrimination. We hope this sends a message to the Missouri Legislature to clarify our Missouri Human Rights Act for LGBTQ individuals who already face higher rates of gender-based discrimination in their workplaces, homes, and at school. LGBTQ Missourians need to be explicitly protected from discrimination under state law, and we urge them to act now.”

Legislative Update: Bathroom Bans Are Back