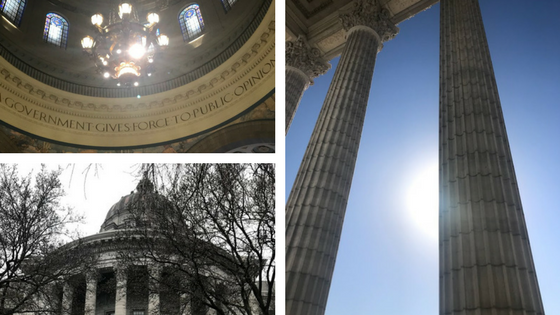 On May 9, 2018, the Missouri Nondiscrimination Act (MONA) has a hearing in the General Laws Committee in the Missouri House of Representatives. You can follow along live with the hearing on Twitter at #MONA18 and/or #MOleg.

This is the 20th year that the Missouri Nondiscrimination Act has been filed as a proposed bill. MONA would prohibit discrimination based on sexual orientation and gender identity in the workplace. MONA would simply extend the existing Missouri Human Rights Statute to include LGBT people.

Both House versions of the Missouri Nondiscrimination Act including Rep. Razer’s HB 2100 and Rep. Hannegan’s HB 1360 will be heard on May 9th at noon.

Three reasons we must pass #MONA18:

1. In the state of Missouri, you can legally be fired for being LGBT.

3. Missouri should be a state that people want to visit. Passing MONA would show visitors that we are inclusive and it is time to #VisitMO.