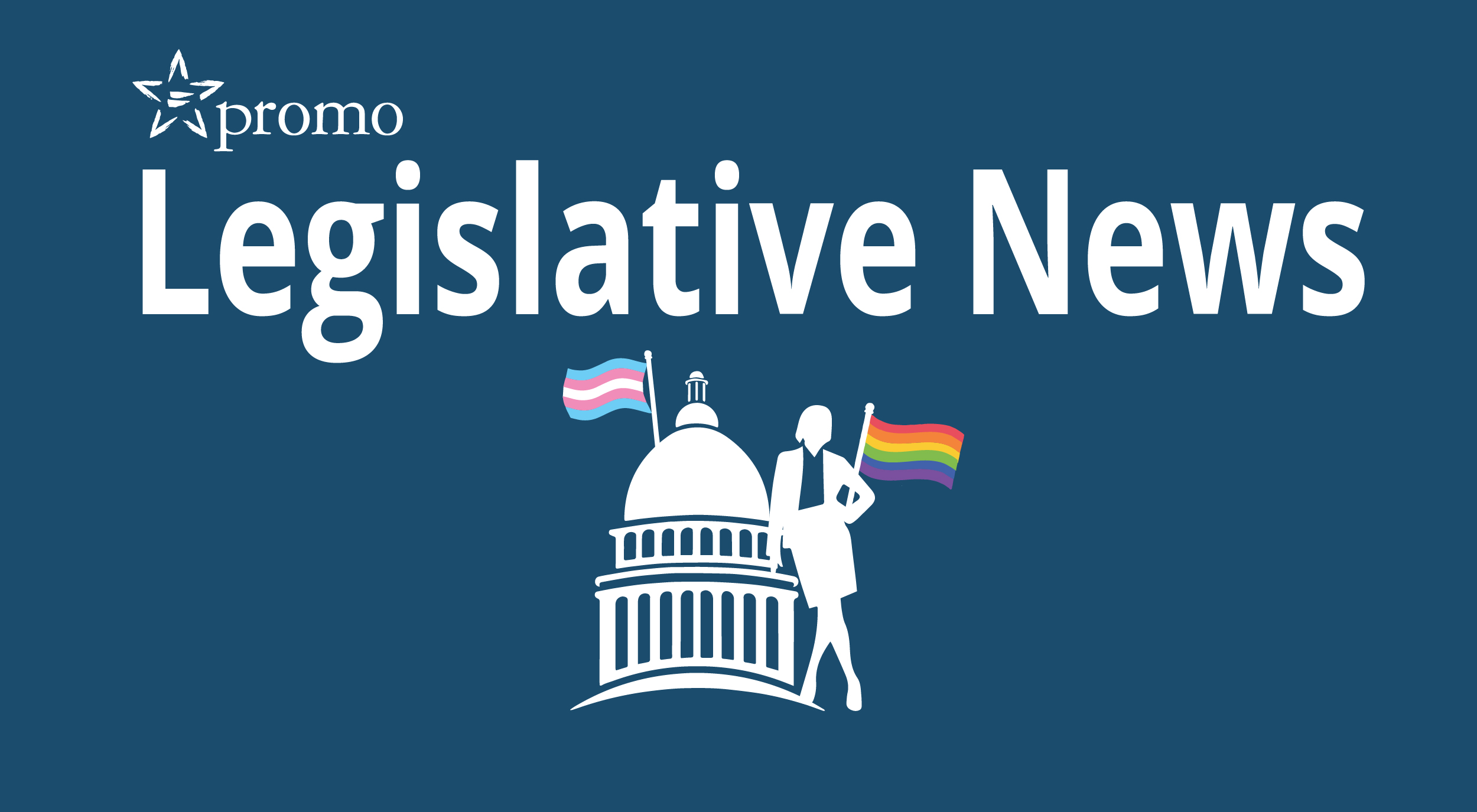 We did it! As of 6:00 pm, last Friday, May 14, each and every anti-LGBTQ piece of legislation in the Missouri legislature was defeated. And we couldn’t have done it without you! Missourians from across the state showed up time and again — online and in-person — to make calls, share stories, and demand that our state become more inclusive and fair for all LGBTQ Missourians.

While stopping attacks is good, we also made some progress here in the Show-Me State. Following the lead of the HIV Justice Coalition, Missouri took a step forward in modernizing our state’s draconian HIV laws and increasing access to post-exposure prophylaxis, better known as PEP.

Below, you’ll find more information on the key areas where PROMO engaged this year.

The most pressing and dangerous attacks on our community, not just in Missouri but around the country, were bills targeting our transgender kids. In both the House and Senate, Missouri lawmakers filed legislation to deny life-saving and gender-affirming care to transgender youth by criminalizing parents, guardians, and doctors who are providing best practice care.

Dozens of kids, families, providers, faith leaders, and others wrote to lawmakers about the danger this legislation would create should lawmakers follow the path set out by our neighbors to the South in Arkansas. Your voices made the difference. After stalling out in the Senate, a House version of the bill, HB 33, failed in the Children and Families Committee on a 2-6 vote, with 3 Democrats joining 3 Republicans in voting ‘no.’ 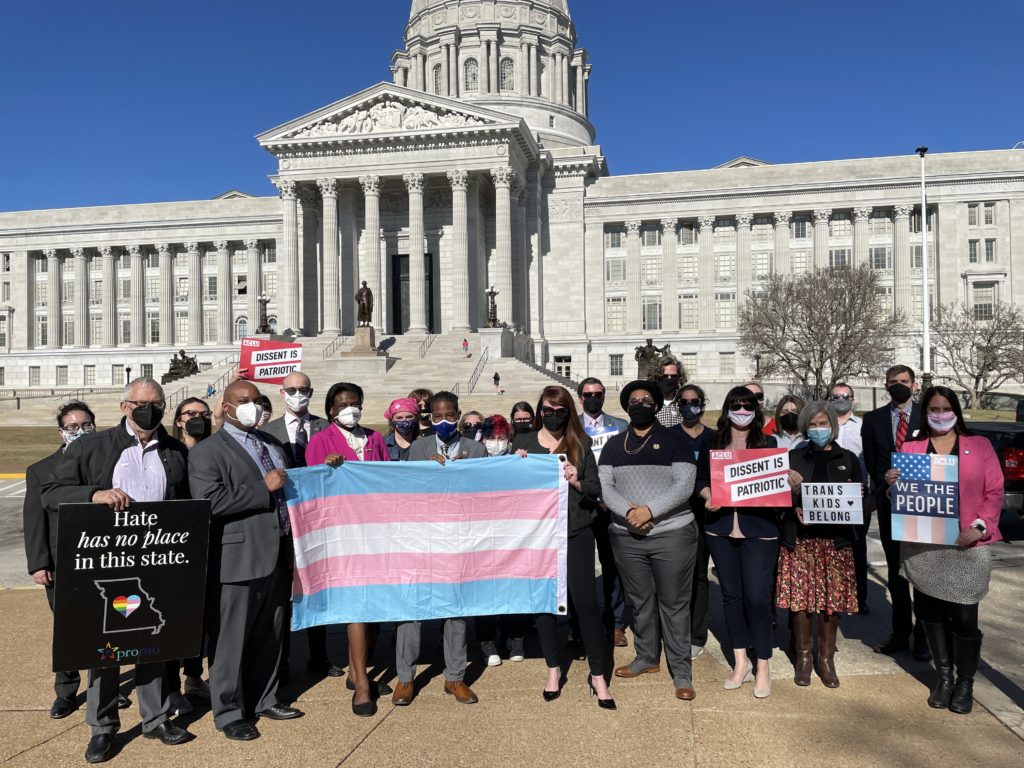 In addition to these harmful attacks, there were more than 5 bills filed that would deny transgender youth from participating on sports teams corresponding with their gender identity. Similar legislation has already passed in 8 states in the past two years, highlighting the coordinated national campaign to target transgender youth here and across the nation.

Though the statutory version of these bills never gained traction this year, the more dangerous constitutional amendment, HJR 53, passed through both Emerging Issues and the Rules – Administrative Oversight Committees. After languishing for several weeks, the bill was brought forward as an amendment to HB 1141 and HB 1067, where it received a vote of 100-51 in favor, with just a couple of weeks left before the legislative deadline. Your efforts again stopped this bill from gaining further momentum, and the bill was never brought back up for final passage. 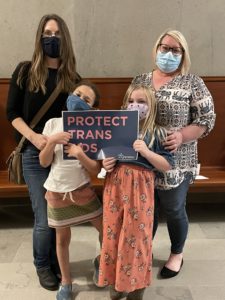 Similar to previous sessions, PROMO monitored a handful of other harmful bills covering a broad range of topics impacting the LGBTQ community. These bills sought to deny:

While we were forced to spend a bulk of the legislative session on defense, there were several advancements worth sharing. The Missouri Nondiscrimination Act (MONA), which would add sexual orientation and gender identity to the Missouri Human Rights statute, advanced to the House Floor calendar by Rep. Tom Hannegan (R-65). He, along with 54 of his Democratic and Republican House colleagues, signed a discharge petition to pull the bill out of committee. This list provides us additional targets for outreach in the legislative off-season (May – December).

We fully believe that the votes to advance MONA out of the House Committee on Children and Families were there, but Rep. Mary Elizabeth Coleman (R-97) refused efforts from LGBTQ advocates and allies as well as other lawmakers to grant a hearing on the bill, HB 275.

In the Senate, Sen. Greg Razer (D-7), offered two different versions of MONA as amendments to other Senate bills. While not advancing to the House for further consideration, the amendments each received strong bipartisan support and offer a window into further strategy next year.

In partnership with our allies at the HIV Justice Coalition and Empower Missouri, we are also happy to report that efforts to modernize our HIV statutes were included in SBs 53 and 60, which have been truly agreed and finally passed and go to Gov. Parson for his signature, which he is expected to sign. A step in the right direction as we seek justice for those criminally prosecuted for their HIV status, Missouri now becomes the ninth state in the country to reform its HIV-specific criminal code. We look forward to partnering again in the future to ensure this momentum for change continues.

Additional progress was made this session as a bill to allow pharmacists to dispense post-exposure prophylaxis (or PEP) was included in HB 476 which also heads to the governor’s desk. Missouri will become just the third state (joining California and Colorado) in advancing PEP legislation to become law.

In 2020, PROMO joined a broad coalition in support of Medicaid expansion, which was approved by a majority of voters in August 2020. Governor Parson and Missouri lawmakers have both failed to meet their constitutional obligation and disregarded the will of Missouri voters. Now likely heading to the courts to weigh in, the future of health care for some 275,000 Missourians, including many LGBTQ people, hangs in the balance.

Furthermore, the Senate refused to advance Federal Reimbursement Allowance language which further jeopardizes funding for MoHealthNet, Missouri’s Medicaid program. We expect a special session will be necessary to resolve the FRA issue.

A slate of anti-democracy bills was defeated this session, despite being a priority for the majority party in Jefferson City. PROMO weighed in on HB 334, which would have mandated voting by photo ID. Missouri courts have ruled this provision unconstitutional, and we further know that the provisions disproportionately impact voters of color, transgender and gender-expansive individuals, and low-income voters. Additional bills that sought to reform the initiative petition process were also defeated. As we have seen with the minimum wage, Medicaid expansion, ethics reform, and others, Missouri’s initiative petition process is one of the best ways for residents to participate in the democratic process.

Criminal justice reform offered a mixed bag this legislative session, with some marked improvements in some areas of law and a rollback of protections for demonstrators in several other areas. SBs 53 and 60, which included HIV modernization language, were a bipartisan compromise that was led by Sens. Brian Williams (S-14) and Tony Luetkemeyer (S-34). This reform package includes: right to counsel for juvenile defendants, clarification and funding for Missouri’s Raise the Age program, a requirement that menstrual products be provided at no cost, the establishment of treatment courts for veterans, enhanced ability to expunge their record, among many other provisions.

In contrast, SB 26, led by Sen. Bill Eigel (S-23) included some damaging reforms and passed on a strict party-line vote. It included provisions that enhance penalties for a handful of offenses commonly tied to acts of protest.

We hope this update provides a quick recap of the issues important to LGBTQ Missourians and allies this past legislative session. We couldn’t do this work without you.

Thank you for all you have done this year to not only defend against attacks on our community, but build relationships with lawmakers and their staff, and share the powerful stories that have a real impact on the legislative process.

We will continue to keep you updated on the issues affecting LGBTQ Missourians throughout the year. And, if you haven’t already, take a deep breath, rest up, recharge, and know that we’ll be here in the days, weeks, months, and years to come!