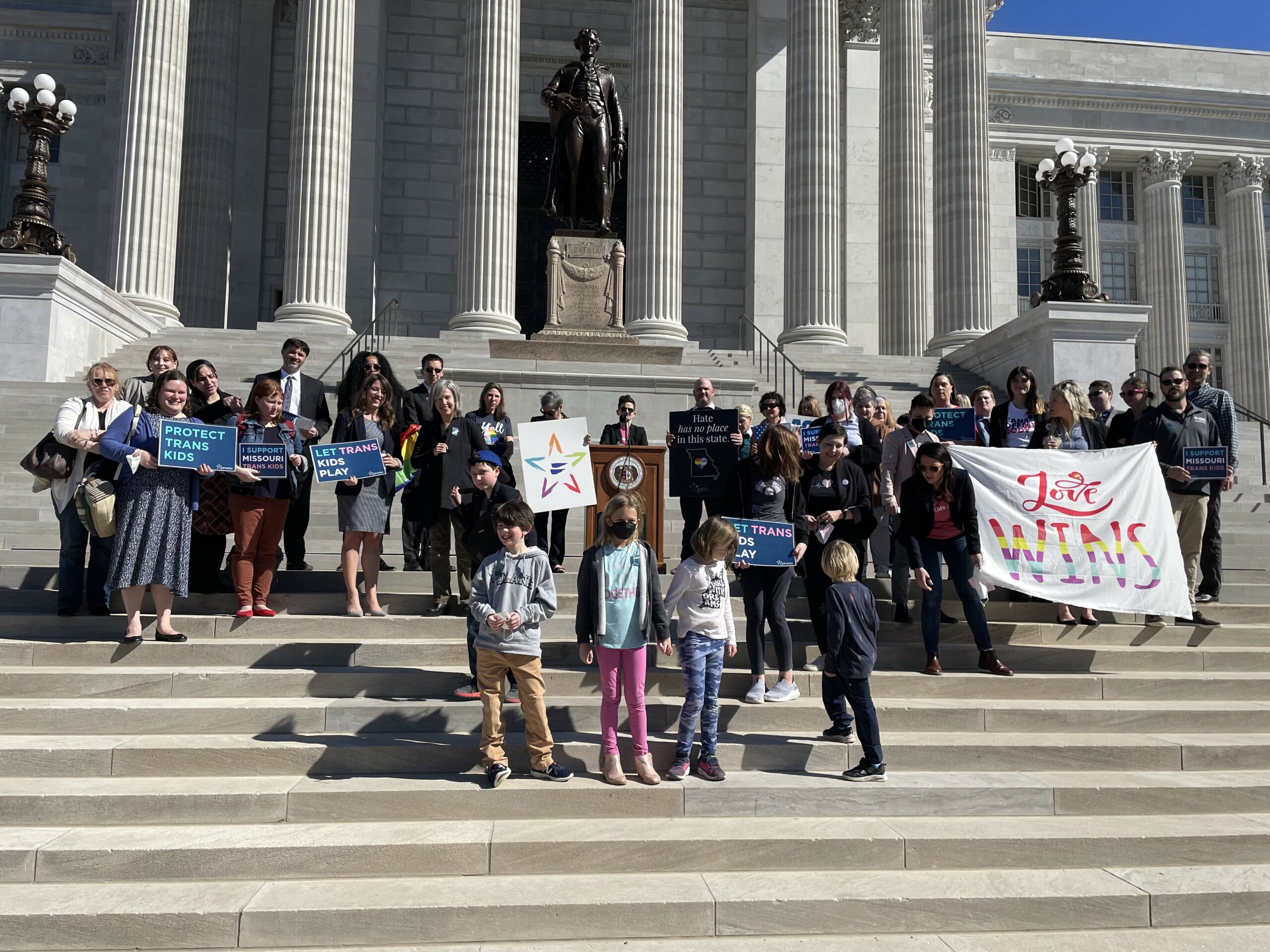 Our Vision | Missouri is a state in which LGBTQ+ people – every demographic, race, ethnicity, zip code, and experience – are valued and thriving.

Our Mission | PROMO confronts systemic inequities to liberate the full spectrum of the LGBTQ+ community from discrimination and oppression.

OUR HISTORY: From PACE to PREP to PROMO

In 1986, the organization PREP (now PROMO) was formed with visions of a more fair Missouri. In June of 1986, papers all across the country reported on the US Supreme Court’s decision in Bowers vs. Hardwick. This case began in Georgia, when police officers entered the home of Michael Bowers to serve a warrant for outstanding tickets; when they found him with another man, they arrested him for violating Georgia’s sodomy law. Shortly thereafter, the Missouri Supreme Court handed down a decision supporting Missouri’s Sexual Misconduct Law. In their decision, the court quoted the Hardwick case and made extremely homophobic, disparaging, and prejudicial remarks about gays and lesbians. There was a sense of general outrage within the community at both decisions, as well as some shock from those who were not familiar with Missouri’s laws.

On the day of the US Supreme Court’s decision, attorney Arlene Zarembka was interviewed on television and asked what concerned citizens should do about this travesty of justice. She replied that, given the Hardwick decision, the courts were a waste of time and that “people should take to the streets.” Shortly afterward, Arlene received calls from Rabbi Susan Talve and Terrie Liberman asking what could be done. As a result of those calls, it was decided to call an organizational meeting for a new political organization to work for the right of privacy in Missouri (now PROMO). In the meantime, members of the gay, lesbian, and bisexual community organized a rally that was held at the Old Courthouse to protest the decisions. Approximately forty to fifty people attended the rally. At that rally, flyers were distributed announcing a meeting at the University City Library. At that meeting, People Aligned for Change and Equality (PACE) was formed and several committees were started.

As the organization took shape, it officially became Privacy Rights Education Project (PREP) and focused on privacy rights of all kinds, including choice and reproductive health, LGBT equality, repealing sodomy laws, and more. As the LGBT equality movement grew into the 1990s, PREP restructured into PROMO, in an effort to dedicate its time, mission, and resources to LGBT equality more specifically. PROMO remains a committed ally to our partner organizations and parallel movements.