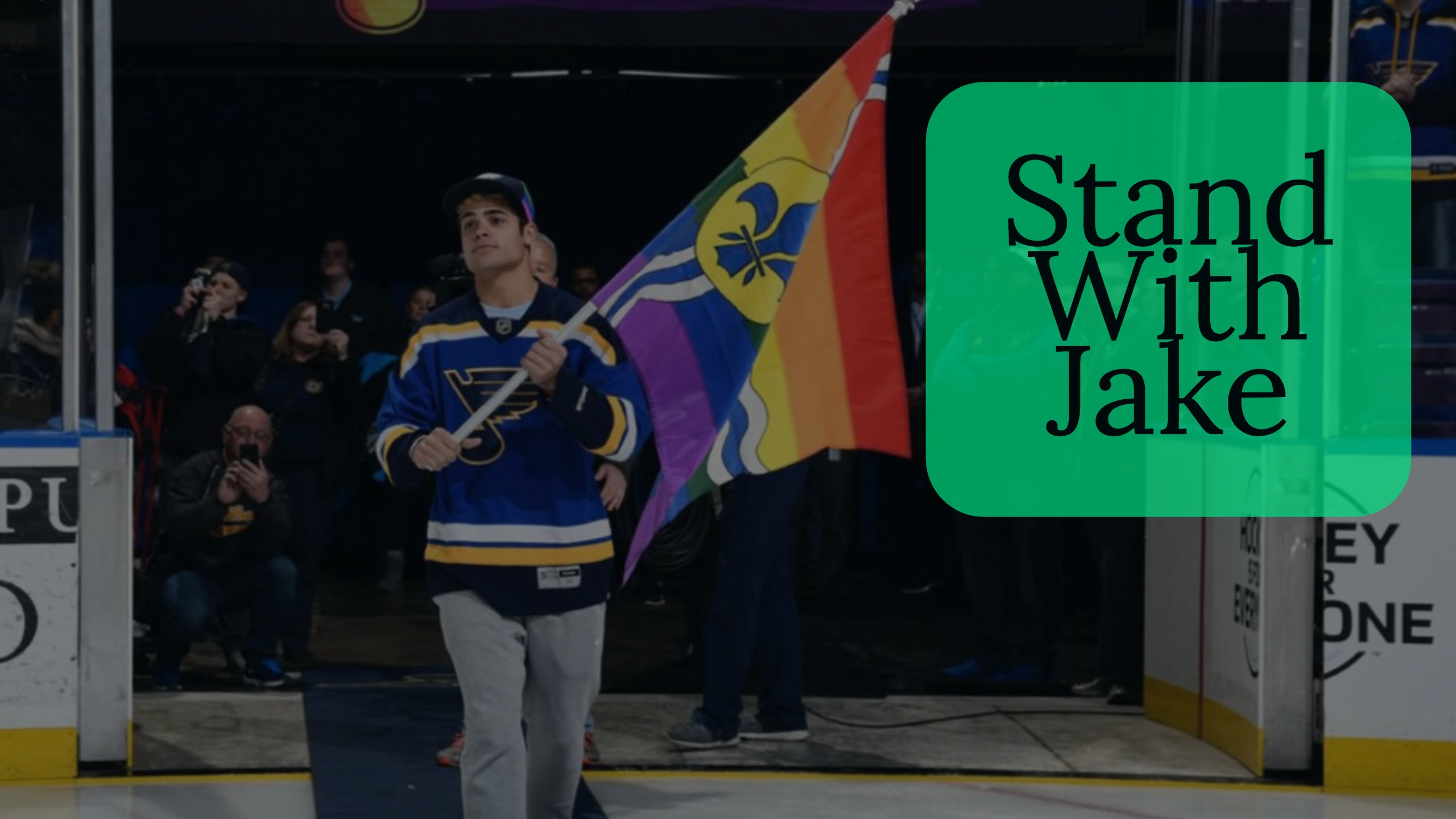 Everyone has heard of Westboro Baptist Church based out of Topeka, Kansas, right? Well if you have not, I will not be linking to their website because it is so disgusting. Just imagine the most hateful things and, boom, there you have it. The first time I saw them I was at a Ralph Nader event in 2000. I had no idea who they were, and their signs made me start crying, loudly. I had just come out months before that event.

So, what did I do? I did exactly what they wanted. I started to yell right back at them. (Not at the 6 year olds they had holding signs for them, of course.) Since then I have seen them at dozens of different events, even funerals. Since then, I have not said one single word to them. I learned.

Fast forward 18 years to 2018. We received a message at PROMO that WBC was going to be at John Burroughs school in Ladue. WBC released a press release that they would be protesting Jake Bain, a senior in high school. Why? Because Jake is openly gay and a star football player. You can read more about Jake here. I will, however, never repeat the despicable things they have said about Jake.

Immediately, my gut reaction when I heard about this was to ignore it, not spread the event. Westboro Baptist Church only exists because they are validated. They thrive on media and attention and attacks. I didn’t want to give them what they wanted.

That is why I am calling on you to join me at John Burroughs on Monday at 7:15am and/or send a message of support to Jake below. I will bring these messages of support with me on Monday. Details for the event can be found here. Don’t come to give validation or attention to WBC. Come to simply #StandWithJake. Come to show love and support for every single LGBT and ally student in Ladue and all across Missouri. Join Bill Ray, a John Burroughs alum, who called our Executive Director earlier this week, join Eliot Unitarian Chapel that called our office earlier, join Pride St. Louis that put out this fantastic message, join others to simply form a line in front of the signs acting as a barrier so that the students see that love far outweighs hate.

Details on the event can be found here. #StandWithJake