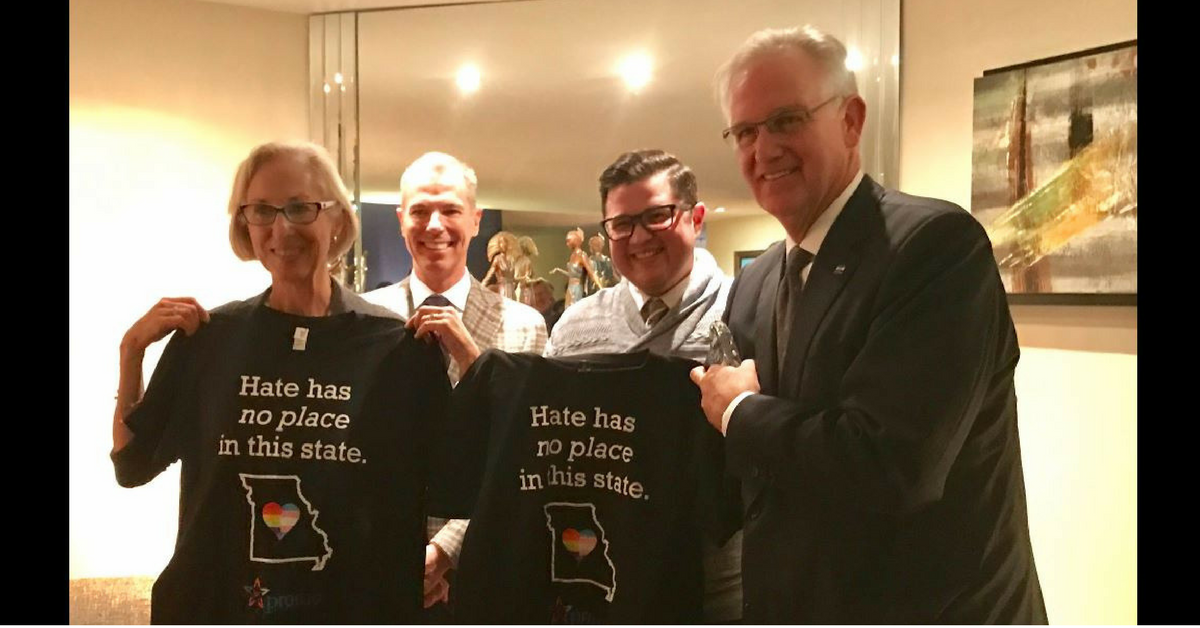 This is the second time that Governor Nixon mentioned issues LGBT Missourians face in his State of the State address, the first was in 2014. His support for LGBT Missourians has not stopped at MONA. In fact, Nixon addressed marriage equality in the State of the State this evening as well, “In July, I signed an executive order to ensure compliance with the U.S. Supreme Court’s decision establishing a right to same-sex marriage. No one should be discriminated against because of who they love. We’ve come a long way on this issue, but there is more to be done. It is unacceptable that Missourians can still be fired for being gay. That’s wrong, it’s not who we are – and it must change.”

MONA, which would prohibit discrimination based on sexual orientation and gender identity in employment, housing, and public accommodations, has already been filed in the Senate (SB653) by Senator Joseph Keaveny.

“We applaud Governor Nixon for urging the legislature to pass the Missouri Nondiscrimination Act in tonight’s State of the State address. We are grateful to have a Governor who proactively speaks out and works to ensure that all hardworking Missourians, including those who are gay or transgender, have the opportunity to work, live, and provide for their families,” stated Steph Perkins, Interim Executive Director of PROMO.