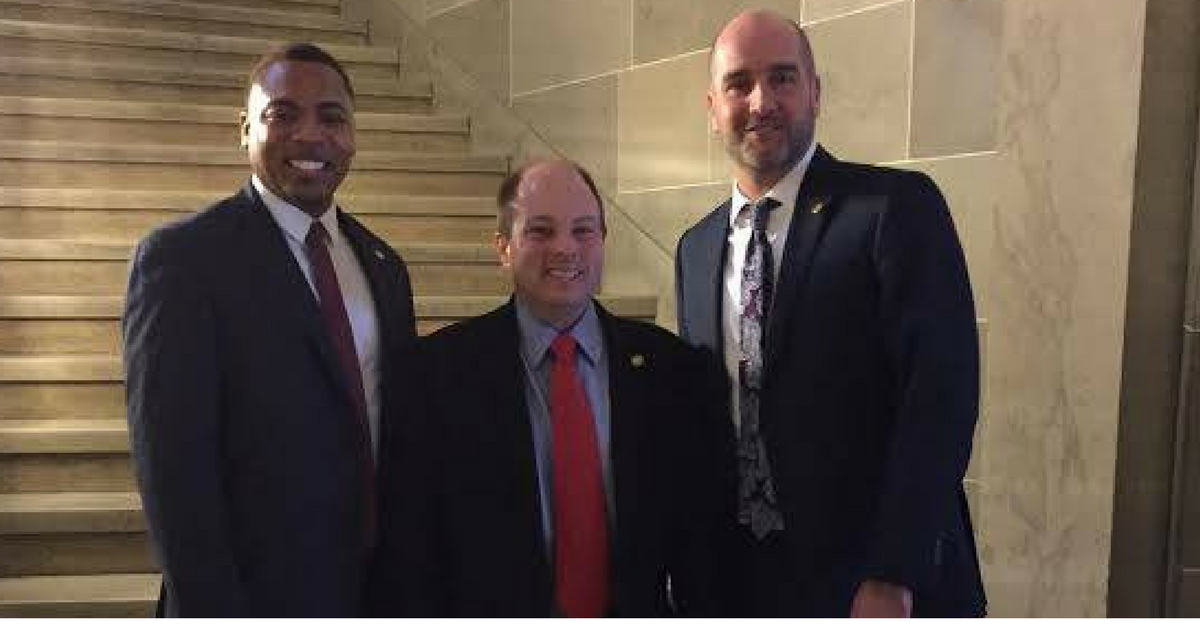 Every year during Pride Month, we choose at least one person to honor as our Pride Hero. This year, we are pleased to thank Rep. Greg Razer, Rep. Randy Dunn, and Rep. Tom Hannegan, the only three out gay elected officials in Jefferson City.

These three gentlemen are, as we all are, more than just their sexual orientation. They are smart and thoughtful, strategic and forward thinking. They represent their districts with compassion and are strong advocates for their constituents. They spend all year working alongside their colleagues on issues like public education, the state budget, economic development, and even the state dog. During Pride Month, we want to take a special moment to recognize how grateful we are to have openly gay representation.

PROMO spends a great deal of time talking with statewide elected officials inside and outside the Capitol building. Time and time again, we see the impact that personal relationships have on the decisions that are made. When someone has a family member or close friend who is LGBT, they are exponentially more likely to care about issues that affect LGBT Missourians — regardless of their political party. They are also more likely to understand the long-term effects of anti-LGBT bills and speak out against them.

So when bills like the Missouri Nondiscrimination Act come up, legislators can look across the room and see a colleague and friend who would be directly impacted by their vote. When there are out gay colleagues, voting against MONA is the same as agreeing that it’s okay for Reps. Dunn, Hannegan, and Razer to be fired simply for being gay. And when a representative implies that gay people are not human [link to Brattin article], they’re talking about fellow colleagues in that same room, not metaphorical people somewhere out in the world.

It isn’t always easy to be out and visible in an environment like the Capitol building. Thank you to each of you for being yourselves and for using your own experiences to ensure Missouri is a better place for all of us. For that reason (and many others), you are our 2017 Pride Heroes!

P.S. We also want to say farewell to Rep. Dunn, as he takes on a new adventure in Nebraska!

P.P.S. Want to run for office like these Pride Heroes? Let us know at PROMO@PROMOonline.org, and we’ll get you connected with folks who can help you start that journey!