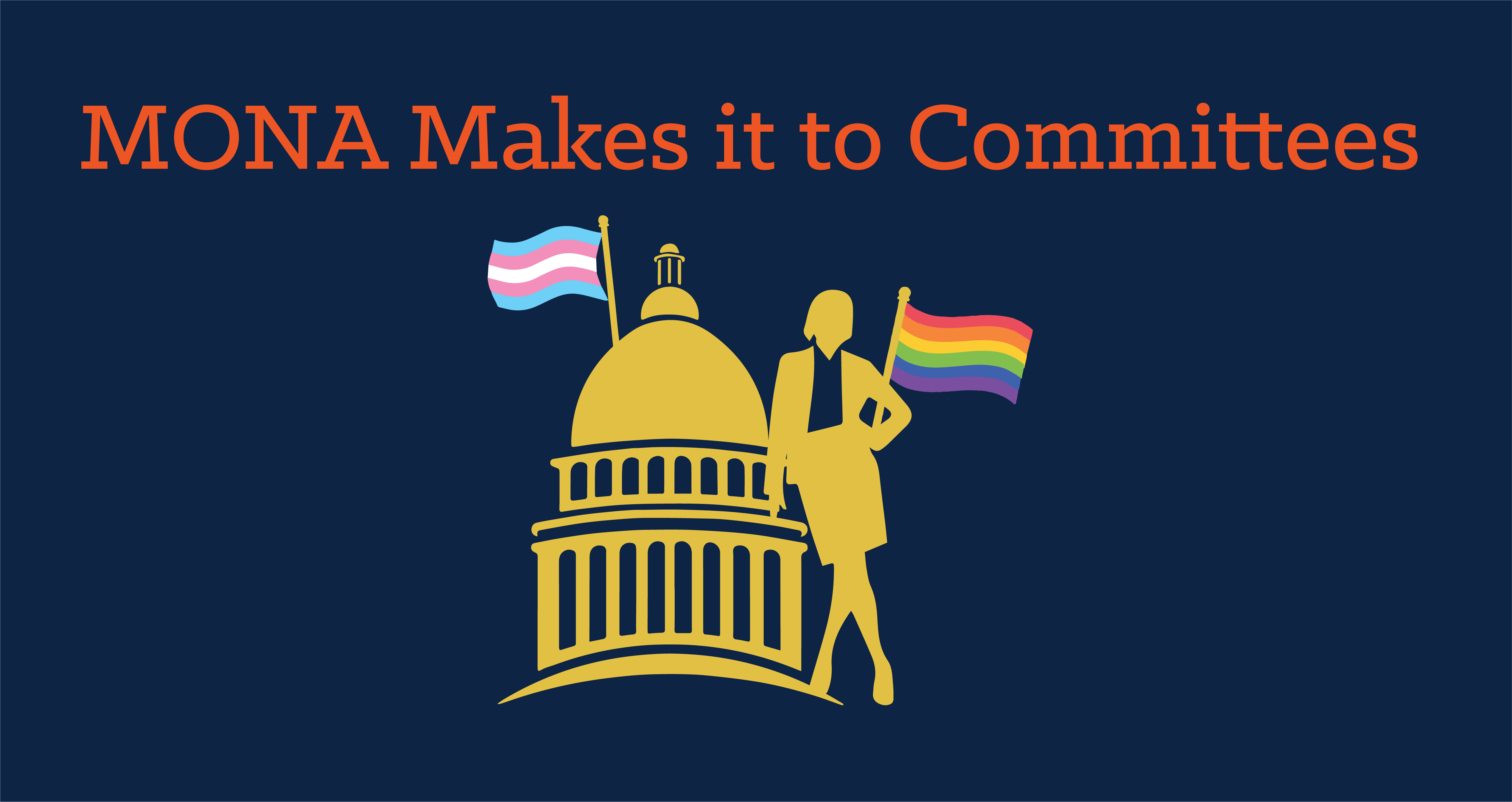 At this time, MONA is in committees in both the House AND Senate!

The last time MONA had a hearing in the Senate was in 2016. This is a huge moment to show the legislature why LGBTQ people need protections from discrimination in housing, employment, and public accommodations. PROMO is working every day, harder than ever, to engage our supporters and utilize resources to assist me in educating these committee members on the necessity of these protections.

While we are making progress on favorable legislation, it’s not a secret we have spent most days this session working to deter subtle anti-LGBTQ bills.

In collaboration with our partners at the ACLU, we have been diligently working to stop the Student Group Religious Exemption Bill from moving forward. A couple of weeks ago, I testified against this bill, and unfortunately, it was voted out of the Higher Education Committee. Here is a video (just before minute 4) from Rep. Greg Razer speaking out against this bill.

This bill would permit religious student groups to be able to operate with special rights outside of the universities’ nondiscrimination policies, the same policies that protect students regardless of sexual orientation and gender identity from discrimination and unequal treatment. Those supporting these bills believe that being asked to abide by these nondiscrimination policies violate their alleged “strongly held religious beliefs.” In reality, these bills are about religious groups’ fear of LGBTQ people, other people different from them, and their feeling of needing a safe space.

The problem with this bill comes when those same student groups want to discriminate while also receiving benefits that come from student fees and taxpayer dollars, especially at a public university that includes a nondiscrimination policy protecting LGBTQ students.

PROMO is committed to working against such legislation while pushing to get MONA scheduled hearings and protections for ALL LGBTQ Missourians.

If you are interested in helping us by sharing your story in person, in committee, or with our staff to share on your behalf, please contact tori@promoonline.org.

P.S. Please give a gift of $25 right now to support PROMO’s work in the Capitol to defeat these anti-LGBTQ bills and to organize testimony in the House and Senate in support of inclusive nondiscrimination protections!