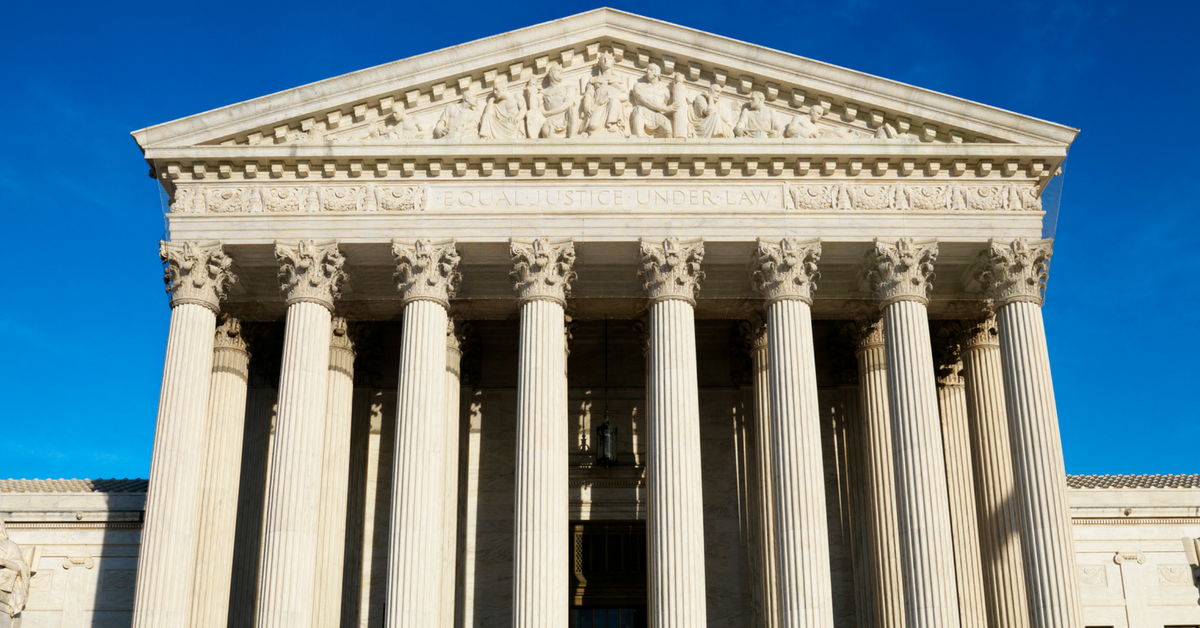 Today, the United States Supreme Court will begin oral arguments in the Masterpiece Cakeshop case, a landmark case for LGBT nondiscrimination. We’ll be live-tweeting the audio of the oral arguments on Twitter, so make sure to follow along!

A quick overview of the case

Masterpiece Cakeshop v. Colorado Civil Rights Commission involves a business — a business that is open to the public — that refused to sell a wedding cake to a couple because they were gay. This action was in direct violation of Colorado’s nondiscrimination law. But, this case is really about whether laws against discrimination can continue to be enforced without sweeping exemptions.

Masterpiece argues that the Constitution’s free speech protections should allow businesses with a “creative” element to discriminate against some people in violation of federal, state, and local laws against discrimination. If the Supreme Court were to agree, any business that provides custom services or products could claim a right to violate laws against discrimination — and it likely wouldn’t be limited to discrimination based on sexual orientation. If the Supreme Court carves out a broad exemption in nondiscrimination laws for “creative” enterprises, we could see an explosion of discrimination by restaurants, hair salons, event venues, funeral parlors and more.— and not only against LGBT people, but also against people of color, women, religious minorities, and people with disabilities, among others.

What could this mean for Missouri?

We saw similar arguments about “creative” and custom services in 2016 when the Missouri legislature attempted to pass the anti-LGBT bill SJR 39, a bill that would have made it legal to deny wedding services to same-sex couples because of religious beliefs. We defeated that bill in 2016 in Missouri, and now these same issues are being heard by the Supreme Court.

2 counties and 12 cities have protections against discrimination in public accommodations on the basis of sexual orientation and gender identity. That’s about 25% of LGBT Missourians. A ruling in favor of the bakery in this case could mean that even in local areas where they have decided that inclusive nondiscrimination laws are important for the well-being of their communities, local governments would no longer be allowed to fully enforce these protections.

But the case has broader implications than wedding cakes for same-sex couples. That’s because a ruling allowing discrimination in this case could next be used to support legal arguments to enable discrimination against people of color, women, minority faiths, people with disabilities and others—as well as LGBT people. Virtually all states—and the federal government—have laws prohibiting discrimination in public accommodations based on race, national origin and disability. Many states prohibit other forms of discrimination as well. This case is about whether all these laws can be enforced without sweeping exemptions.

What you can do

Support the Missouri Nondiscrimination Act during the 2018 legislative session.

P.S. Your end of the year gift allows us to have staff in Jefferson City throughout the 2018 Legislative Session, changing hearts and minds with each conversation in the Capitol.