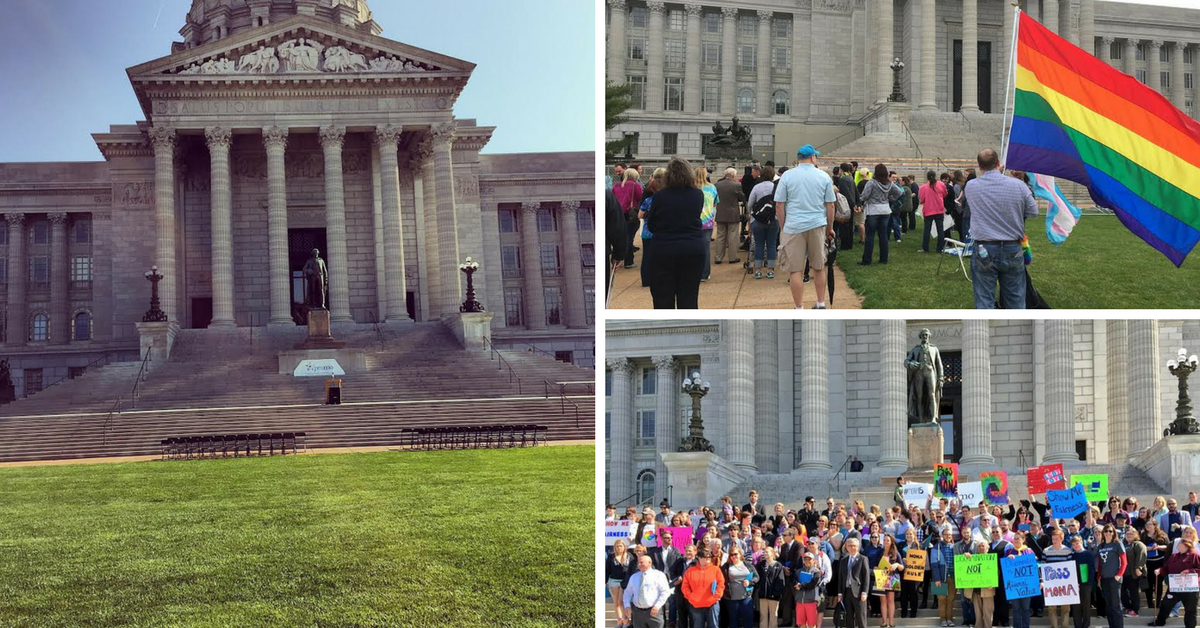 The Missouri Nondiscrimination Act (MONA) is making strides in the Missouri Legislature. MONA would add sexual orientation and gender identity to Missouri’s Human Rights Statute, which currently prohibits discrimination in employment, housing, and public accommodations for other protected categories, including race, sex, and national origin.

Today, the Progress & Development Committee, led by Senator Joseph Keaveny, voted to pass MONA, SB 653, out of the committee. This is a step in the long process of completely passing MONA. Previously in 2013, the Senate has voted once in favor of passing the Missouri Nondiscrimination Act out of the full Senate Chamber.

We are thrilled that the Progress & Development Committee have helped MONA move forward in the Senate. Without MONA, thousands of Missourians are at risk of losing their jobs and not being able to provide for their families simply because they are gay or transgender. We thank the committee members for their vote and their support.