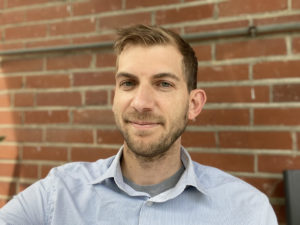 The PROMO Board is excited to announce that Stephen Eisele has been selected as the organization’s new Executive Director. Stephen brings professional and lived experiences that give him an understanding of life in rural, suburban, and urban Missouri; the importance of intersectional work; and how the disparities in health care resources impact the most vulnerable.

Stephen grew up gay in small town Missouri, came out while attending college in Southwest Missouri, and has lived & worked in several metropolitan areas. Most recently, Stephen served as Communications Manager at Community Catalyst where he supported and defended Medicaid across 12 states. He also provided strategic communications support and technical assistance on health care policy at the federal, state, and local levels while with this organization. Prior to this, he provided campaign communications on a statewide ballot campaign in Massachusetts and represented Political Parity with political stakeholders and research consultants.

Stephen has a robust understanding of the political process in Missouri and the challenges to supporting LGBTQ rights in the Show-Me State. He is clear-eyed about the severity of the attacks on the LGBTQ community and, in particular, trans youth that occurred during this legislative session. He is eager to lead the PROMO staff, board, and volunteers to prevent passage of these and other discriminatory and vicious bills in this and future years.

Please join us in welcoming PROMO’s new Executive Director with a gift of $10, $25, or $50. We are excited to jump in with Stephen, as together, we know we will achieve equality.