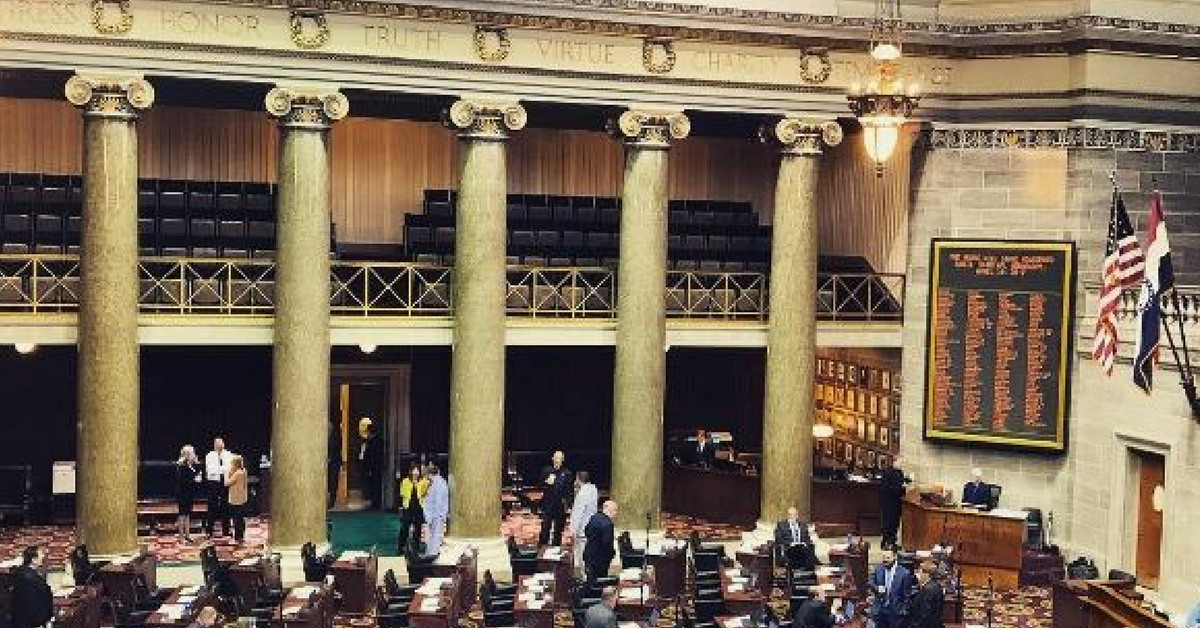 WHEW! What a session! I know you all spent the past week celebrating the official defeat of SJR 39 and the other 15 bills targeting LGBT people filed this session. If you didn’t, you should take a moment and high five someone close to you. While you’re at it, give an extra high five in honor of PROMO’s 30th birthday!

Before we dive in, have you taken the newly launched Show Me YOU Survey? It’s the first of its kind in Missouri, and more than 750 people have already filled it out this week!

We try really hard at PROMO to be positive and realistic; to not exaggerate the urgency of an issue; to not create the perception of an attack or a war when what we are actually up against is the exact challenges this organization was created to tackle 30 years ago. But in my nearly eight years at PROMO, this legislative session was one of the most intense, emotional, and scariest sessions I have worked through. For me and for the other lobbyists and organizations we worked alongside, SJR 39 felt personal.

Even so, after thousands of emails, petitions, calls, and people, PROMO and our statewide and national partners collaboratively led the pressure and created the momentum we needed to win.

Give a high five, and take a moment. But jump back in, because our work is far from over.

In reaction to marriage equality and the ever-increasing efforts and wins for transgender equality, we expect to see these discriminatory bills and actions continue. We have seen this before. We saw the same tactics in the years before we won marriage equality. And we will see this again.

Even when we see these incredible wins, there are still places in Missouri where people use their authority to make it difficult for LGBT people to exist.

In St. Robert, a group of incredible LGBT and ally folks are hosting the first ever Pulaski Pride Weekend. If you don’t know your Missouri counties, Pulaski County includes cities like Waynesville, St. Robert, and Ft. Leonard Wood. This group regularly hosts social outings and drag shows for LGBTQ people in the area, and now they are hosting Drag-A-Palooza at the St. Robert Community Center on June 25th. While they have now received a lot of support from the surrounding community, a newspaper co-owner and a local Alderman were less than pleased that the event was being held.

The language that was used to describe LGBTQ people from this elected official and a journalist was appalling and prehistoric. This is a stark reminder that right here in Missouri, it can be a daily struggle to simply exist, much less come out at your job or get married at a local wedding venue.

This is the exact reason why PROMO has existed for 30 years, and why we are so excited about projects like the Show Me YOU Survey. This questionnaire will help our organization and our partners learn more about the overall experiences and well-being of LGBTQ people all across Missouri, allowing us to ensure that we are addressing the needs of our communities in the most effective ways possible and taking advantage of opportunities to move forward.

Before you take the survey, give out one more high five. Because no matter where you live in the state, no matter what you face each and every day, YOU matter. You’re great, and we are so grateful to work alongside you in our 30th year!