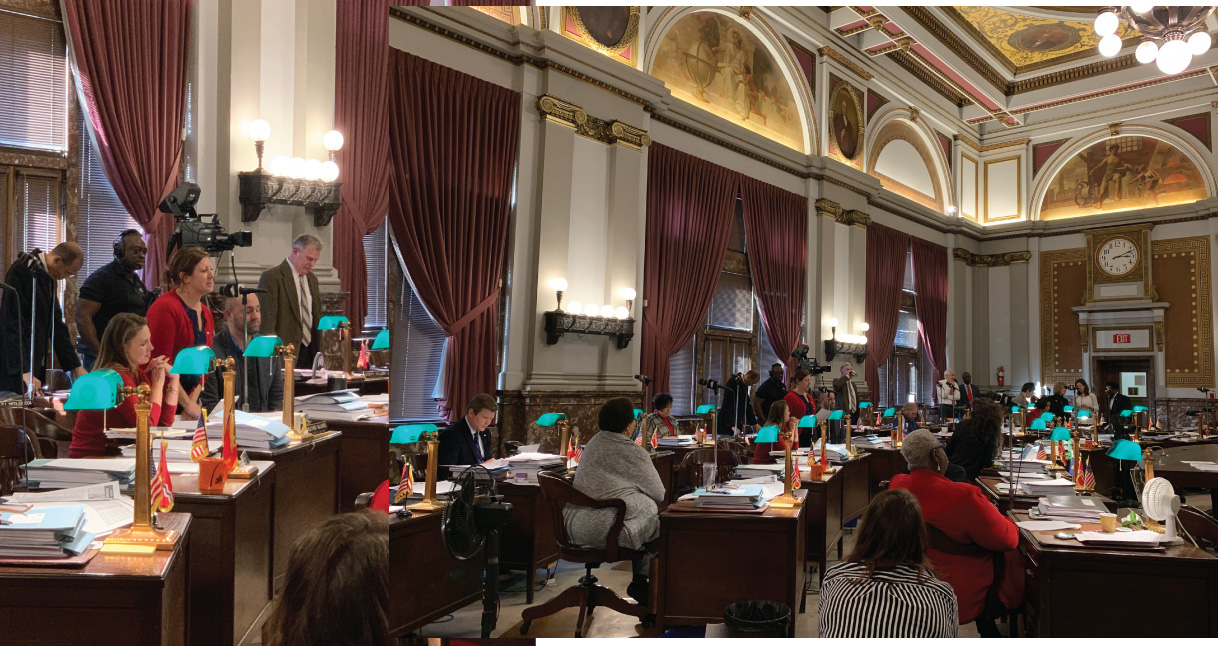 Today, the St. Louis City Board of Aldermen, with leadership from Alderwoman Christine Ingrassia, passed a Resolution supporting a ban on conversion theapy. Conversion therapy, also referred to as “reparative therapy,” “ex-gay therapy,” and “sexual orientation change efforts,” is a widely discredited practice that attempts to change an individual’s sexual orientation or gender identity.

This Resolution follows the lead of Representative Tracy McCreery (D – 88) who filed the Youth Mental Health Preservation Act (HB 516) in the state House earlier this month, which will prohibit licensed mental health practitioners from subjecting minors to the harmful “conversion therapy” practices.

Rep. McCreery says, “Conversion therapy is a dangerous practice that needs to be stopped. Laws protecting LGBTQ children from conversion therapy are needed to ensure that practitioners licensed by the State of Missouri are providing competent care and caring for all of our children. Lawmakers should be doing everything in our power to protect children.”

A 2018 William’s Institute report estimates that 698,000 LGBTQ adults in the United States have received conversion therapy, and 350,000 of these adults received the therapy as adolescents.

Alderwoman Christine Ingrassia states, “The Board of Aldermen has a responsibility to protect the health, safety, and welfare of the people of St. Louis, especially the physical and psychological well-being of minors, which includes our LGBTQ youth. Youth who experience family rejection, often in the form of conversion therapy, face especially serious health risks. Supporting a ban on this dangerous practice affirms to our City’s youth — and the entire LGBTQ community — that our leadership believes in the value of every person in St. Louis City, just as they are.”

Steph Perkins, PROMO’s Executive Director, adds, “Missouri has a strong interest in ensuring that licensed health care providers follow professional standards of competence and do not engage in dangerous practices that have no scientific basis and put young people at risk of severe and long-lasting damage. PROMO applauds the support of the St. Louis Board of Aldermen toward condemning conversion therapy at the state. PROMO is working with our partners every single day to ensure our state is doing all we can to protect LGBTQ youth, and we are grateful for the leadership of the St. Louis Board of Aldermen.”

Fill out this form today and tell your Missouri Representative to ban conversion therapy by supporting the Youth Mental Health Preservation Act.

For the first time in Missouri, HB 2141, focused on banning so-called “conversion therapy” has been filed by Rep. Tracy McCreery. The Youth Mental Health Preservation…